I’m so excited share that I’m heading to Los Angeles next week at the invite of Disney to attend the red carpet premiere for the BIGGEST movie of the year – Avengers: Infinity War. I’ll be there along with 24 other amazing bloggers (“friends from work”) and there will be so much to share! So I’d love to have your follow along with all the fun!

I’ve had the pleasure of covering various Marvel events before, like the red carpet & press junket for Thor: Ragnarok and the press junket for Avengers: Age of Ultron! Interviewing Chris Evans and Chris Hemsworth together was quite a treat! 😉 I’ve also had the incredible opportunity to be on-set for filming of Guardians of the Galaxy Vol. 2 at Marvel Studios.In addition the set visit while we watched them film, we got to interview a number of cast members in costume including Chris Pratt as Star Lord. And now with Avengers: Infinity War all of these actors and storylines in the Marvel Universe will combine together for what is sure to be one epic movie! And I can’t wait!!!

So, I’m crazy excited to be at the red carpet world premiere of this movie. It is sure to be an insanely excited, star-studded event! And I’ll be sharing live on the carpet so you can all follow along with me! We’ll be doing other Marvel-related fun while we’re there as well – like a look at all the great Infinity War products (I know my kids are going to go CRAZY for these), a talk about STEM education with Victoria Alonso (Executive Vice President Visual Effects and Post-Production of Marvel Studios), and the upcoming Black Panther DVD release. I can’t to share all the Marvel fun with you!

In addition to all the Marvel Studios fun, we also will be getting a sneak peek at the 3rd season of ABC TV’s show QUANTICO (premiering on April 26th). 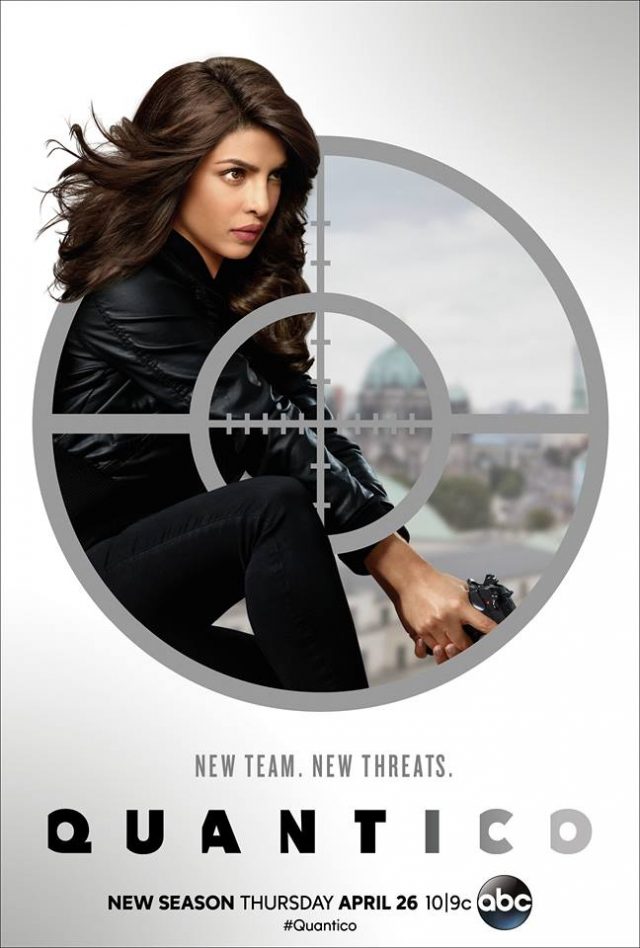 Here’s an overview for those not familiar with the show:

It’s been three years since American hero Alex Parrish has had to navigate the dangerous waters of the Central Intelligence Agency and put her life on the line for her country. She has been living a peaceful, anonymous life somewhere in Italy. However, Alex is forced to abandon this idyllic existence when Ryan persuades her to help him rescue Shelby from a notorious international arms dealer known only as The Widow, who is holding her hostage – and in exchange for her release she demands something that only Alex can provide, when “Quantico” premieres for its third season, THURSDAY, APRIL 26 (10:00-11:00 p.m. EDT), on The ABC Television Network, streaming and on demand.

And one extra fun thing is that Marlee Matlin joins the cast this season and we’ll get to interview her during our time in LA! SO cool! 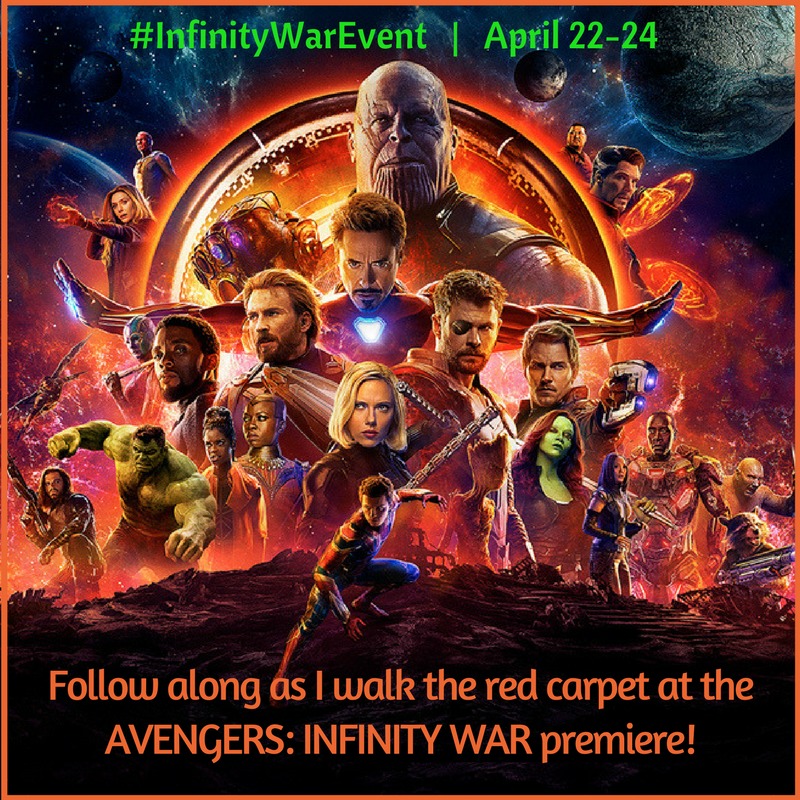 So, you can join in the fun with me and follow along  by staying tuned to my Instagram, Twitter, and Facebook feeds! In addition, you can join all the 25 bloggers who will be attending by following the #InfinityWarEvent hashtag over the social media outlets as well! You can bet that I’ll be sharing TONS of pictures & tweets from all the amazing things going on!

Tell me… Who would you be most excited to see on the red carpet?

Disclosure: Disney is hosting me in LA in order to attend screenings and to participate in premiere night & media events. As always, all opinions, experiences, and love of Disney are entirely my own!