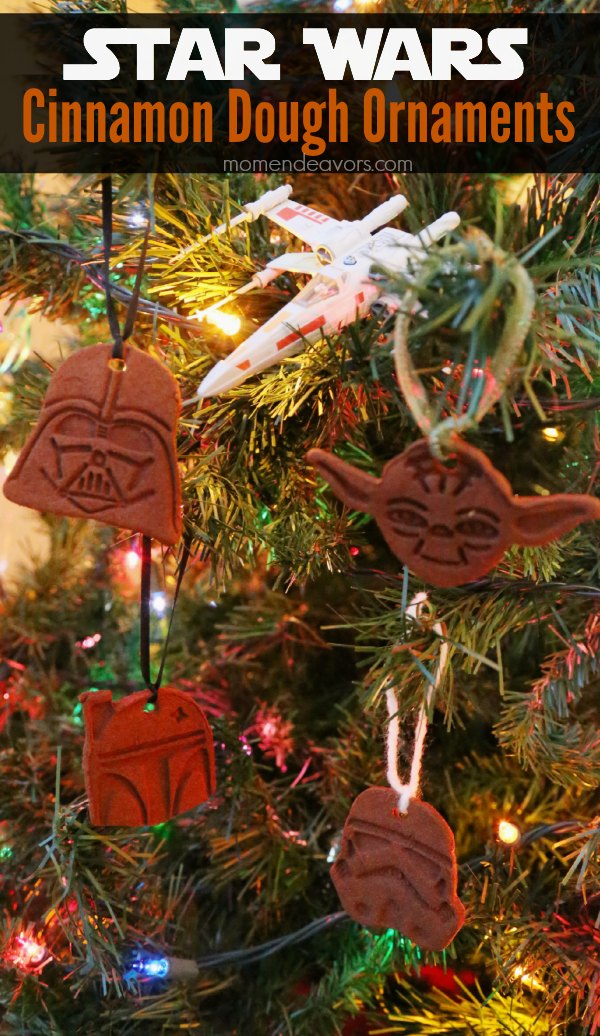 The boys and I got crafty a few weeks ago making something fun that has left the house smelling divine! Cinnamon dough (also sometimes called cinnamon applesauce) ornaments are SO easy to make and smell sooooooo good! I’d never made cinnamon dough ornaments before, but was inspired when my friend Sara at Clever Pink Pirate did. Given the boys’ love of all things Star Wars and since we have some awesome Star Wars cookie cutters, I knew they would LOVE it if we made some Star Wars ornaments! Needless to say, they were a huge hit! 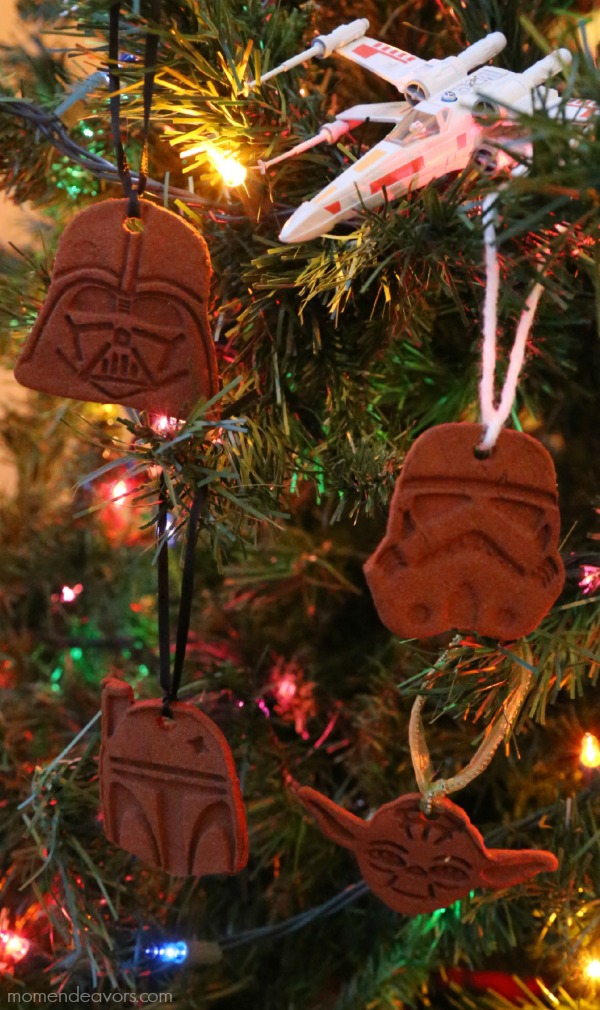 Aren’t they fun?! And yes, that is an X-Wing Starfighter in our tree! Hahaha! This is a GREAT kids’ craft! The dough only is just TWO ingredients! That’s it!! And, the process is SO easy! Here’s what you’ll need:

Directions:
Preheat oven to 200 degrees.
In a small bowl, combine the cinnamon and applesauce. Stir until well-combined, use hands to roll the dough into a ball. *If the dough is too wet & sticky, add more cinnamon (and vice versa if the dough is too dry & won’t come together).
Transfer the dough to a silpat or piece of parchment paper sprinkled with cinnamon.
Roll out to 1/4 inch thickness.  Add a sprinkle of cinnamon to your rolling pin & the top of the dough to avoid sticking. 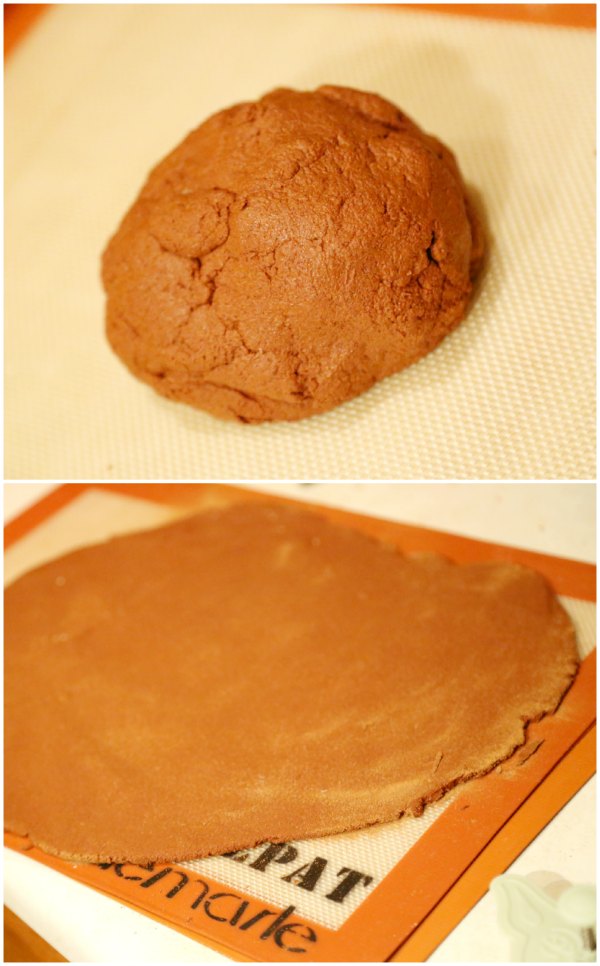 Press the Star Wars cookie cutters into the dough and use a straw to create the hole for the ornament.  Place the silpat (or parchment) with the cut out dough shapes on a baking sheet and bake at 200 degrees for 2 hours.

I was SO surprised at how easy this was and how great the finished product came out. One batch of dough yielded us A LOT of ornaments (as you can see in that photo above) – perfect for giving as gifts to friends! And, the smell of these ornaments while they’re baking (and even afterward) diffuses through the whole house! YUM! They’ve held up really well too! So, these were definitely a BIG hit and I think we’ll be making them every year!

Have YOU made cinnamon dough ornaments before?

For more Christmas Kids’ Crafts ideas, be sure to check out this post: 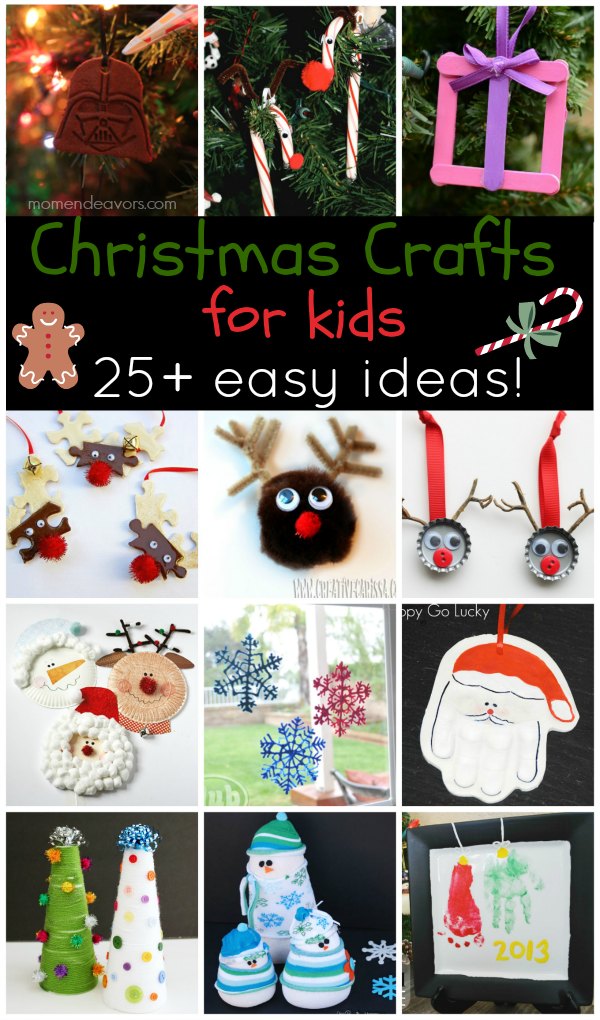