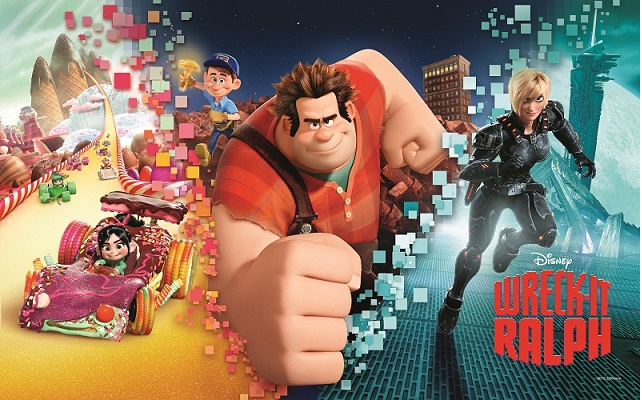 Did you seen Disney’s Wreck-It Ralph this weekend? It opened in theaters nationwide on Friday (Nov. 2nd). A few days prior, I was able to screen the film with Mr. Mom Endeavors & Big Brother! Before we get into our thoughts, here’s a little info about the film in case you’re not up to speed yet:

{From the press release}

From Walt Disney Animation Studios and Emmy®-winning director Rich Moore comes “Wreck-It Ralph,” a hilarious, arcade-game-hopping adventure. For decades, Ralph (voice of John C. Reilly) has been overshadowed by Fix-It Felix, Jr. (voice of Jack McBrayer), the good-guy star of their game who always gets to save the day. Tired of playing the role of a bad guy, Ralph takes matters into his own massive hands and sets off on a journey across the arcade through multiple generations of video games to prove he’s got what it takes to be a hero.

On his quest, Ralph meets tough-as-nails Sergeant Calhoun (voice of Jane Lynch) from the first-person action game Hero’s Duty, and feisty misfit Vanellope von Schweetz (voice of Sarah Silverman) from the candy-coated cart-racing game Sugar Rush, who may just be his first real friend. But everything changes when a deadly enemy is unleashed, threatening the entire arcade and Vanellope herself. Ralph finally gets his chance to save the day—but can he do it in time? “Wreck-It Ralph” crashes onto the big screen on November 2, 2012, in Disney Digital 3D™ in select theaters.

Wreck-It Ralph is so different than almost any other Disney movie that comes to mind in terms of the plot-line and characters. Yet, ein true Disney fashion the attention to detail is out-of-this world! From the old-school video games to the “glitch” and the little pixelation of objects was awesome. I think anyone with video gaming experience will get a kick out of this movie. But those “children of the late 70s & 80s” who grew up playing the likes of Centipede, Pacman, and then Mario Bros. will especially love it (I even saw a Frogger reference in there). In fact, I honestly think this might be one animated film that many adults like as much as, if not more than, the kids.

At just 5, with almost no video game experience, there was A LOT of the movie that went right over Big Brother’s head. He of course didn’t get any of the video game references and because of that had a little more trouble understanding what was going on than in some other Disney shows. There were a few intense scenes that scared/worried him just a bit and there were some moments of mature/crude humor that I personally could have done without. But, overall it was a lot of fun and really well done.

If you have kiddos that are into the film, here are a few fun activities. Just click on the link or picture to download! 🙂 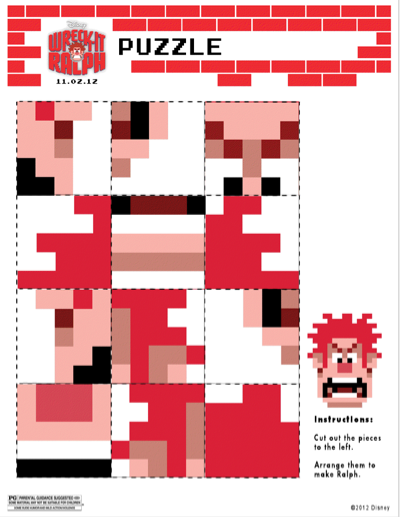 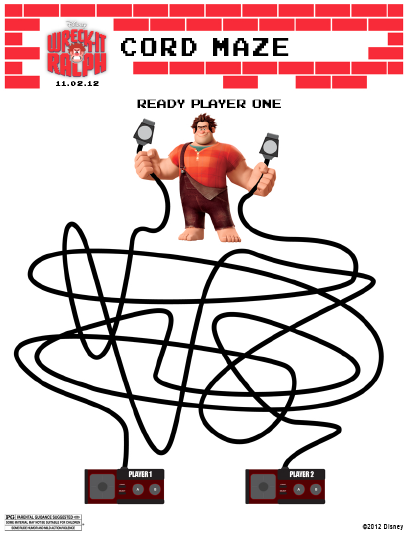 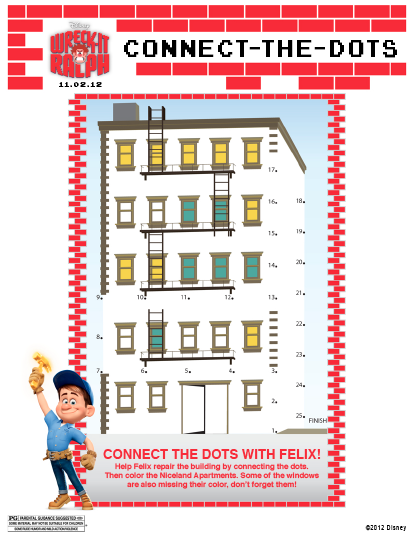 Dis­clo­sure: We saw this movie at a free press screen­ing at the invi­ta­tion of Dis­ney.  All opin­ions and expe­ri­ences are my own and your opin­ion of the movie may dif­fer from mine.