Have you heard about Disney’s FROZEN, yet?! It’s the newest production from Walt Disney Animation Studios slated to hit theaters on November 27, 2013. The only thing the public has seen so far is the fun teaser trailer, featuring Olaf the Snowman and Sven the Reindeer. But, all that changes today with the release of the first official movie trailer. Take a look….

Doesn’t it look great?! I am SO excited for this movie!! During my trip to The Walt Disney Studios lot last month, I got to spend time inside the famed Disney Animation Building. Once inside, we were treated to some very special sneak peeks! We saw a good chunk of Frozen (including some rough/unfinished segments) and we were the first US audience (outside of the Disney company) to see the animated short Get a Horse that will accompany Frozen. To sum it up in one word…amazing!!!!!! 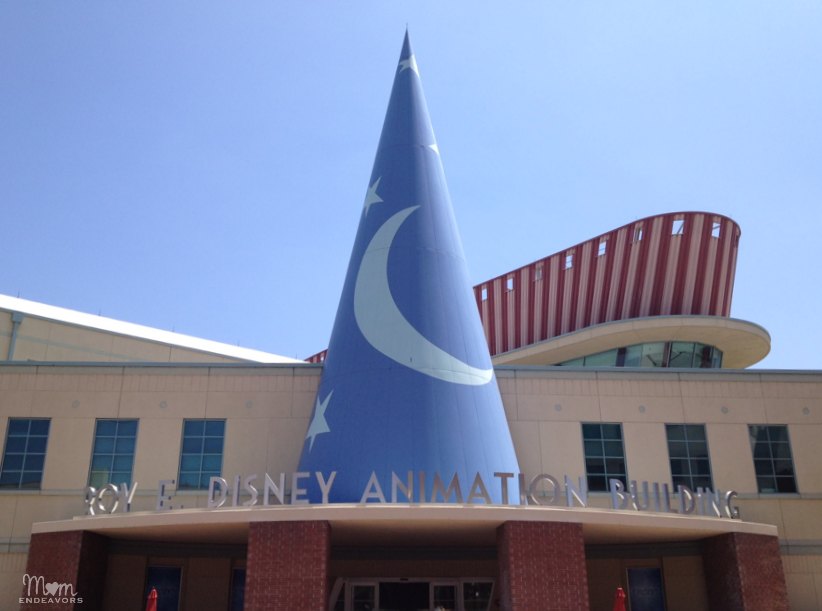 Sadly, there were no photos allowed inside the Animation Building. But, I can tell you that the entire inside was decorated around the new movie Frozen!  It was SO “cool” (sorry, I had to)! Apparently, they do this for every animated film! Seriously, what a fun place to work! I think the Wreck-It Ralph decor was probably especially fun!

As you probably know, Walt had a goal of making films of all of the classic fairy tales. So, Frozen is inspired by Hans Christian Andersen’s “The Snow Queen” (one that Walt had actually wanted to do). There is a team of 400 people working on this film and from what I’ve seen so far, it’s really good!

{From the press release}: In Frozen, fearless optimist Anna (voice of Kristen Bell) sets off on an epic journey—teaming up with rugged mountain man Kristoff (voice of Jonathan Groff) and his loyal reindeer Sven—to find her sister Elsa (voice of Idina Menzel), whose icy powers have trapped the kingdom of Arendelle in eternal winter. Encountering Everest-like conditions, mystical trolls and a hilarious snowman named Olaf, Anna and Kristoff battle the elements in a race to save the kingdom.

From what I’ve seen so far, I can tell you that I’m very impressed with the overall feel of the movie. I think it really has some of the qualities that made The Little Mermaid & Beauty and the Beast so popular – and I haven’t even seen the whole thing! One thing that I’m so impressed with is how much research they did for this film. Animators wore dresses out in deep snow to see how walking on snow would look. They went to an ice hotel in Canada to visualize how ice works in different light. And, a team went to Norway which inspired the look of the film.

Impressive, right?! I think the music is also going to be quite impressive. Wicked is one of my all-time favorite Broadway productions, so I could not be any more excited that Idina Menzel (who played Elphaba in the original Broadway production of Wicked) plays Elsa in the movie. From what I saw, Menzel is excellent in this voice role! 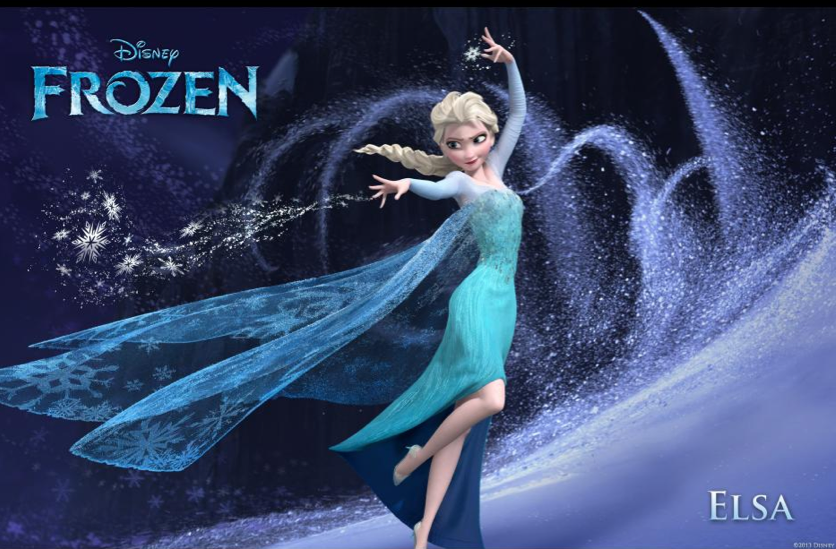 So, I’m super excited about the 53rd full length feature for Disney’s Animation Studios! And, I have to tell you that you will be in for an absolutely unbelievable treat at the beginning of the movie. While we didn’t get to see all of Frozen, we did see the animated short that will play before the movie. Seriously, it’s amazing – and I think it’s safe to say that we’ve never seen anything like it before ever! 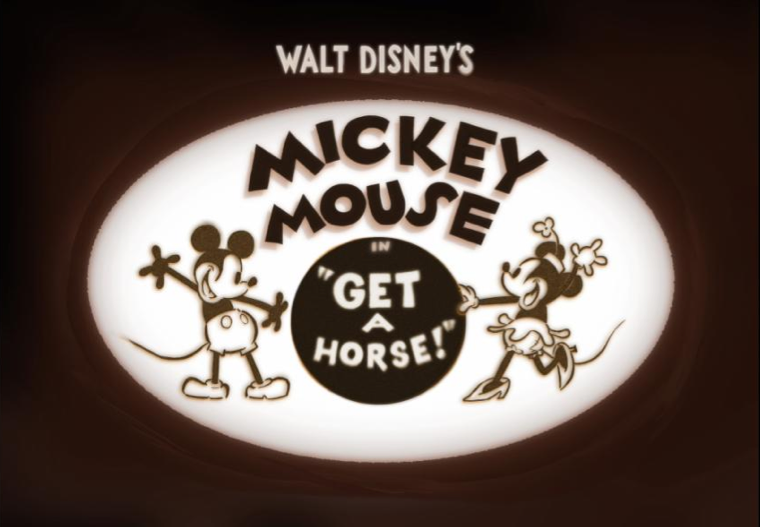 As you can see from that image, “Get A Horse” is a throw back to the early days of Disney animation and Mickey Mouse. It’s a fitting tribute as this is Disney’s 90th year as a studio and the 85th year for Mickey! I won’t give away the unbelievable feats in animation that you’re going to see with this. But, I will share what had some of us in tears and gave nearly all of us goosebumps… in this animated short, Mickey is entirely voiced by Walt himself! The director, Lauren MacMullen, wanted to stay true to that iconic Steamboat Willie feel. So, they pieced together various clips of Walt’s voice! It’s the first time that Walt Disney has a voice film credit in over 60 years! Incredible! 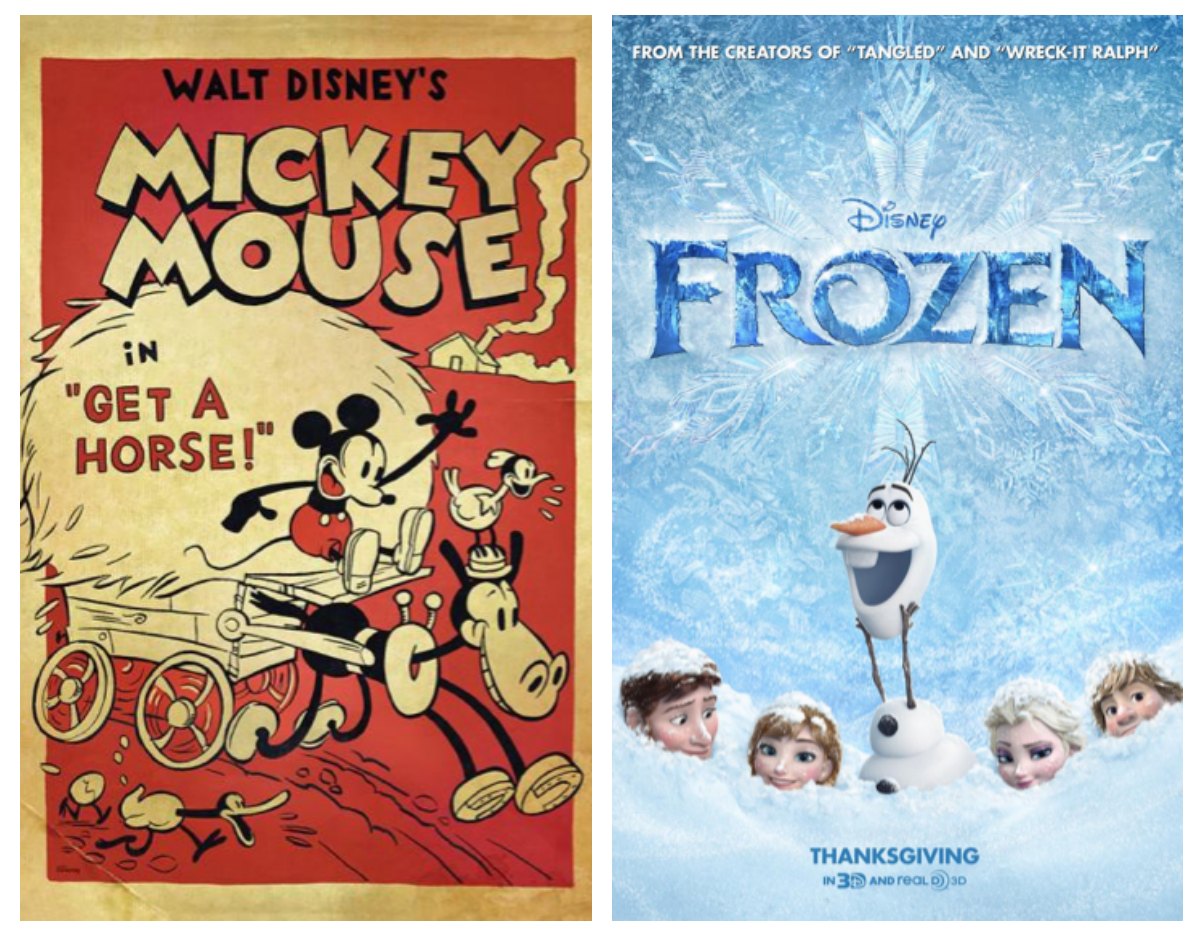 So, we are all in for a BIG treat at the end of November when Frozen hits the big screen!

Are YOU excited for this new Disney movie? 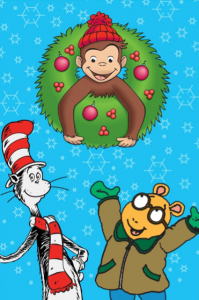 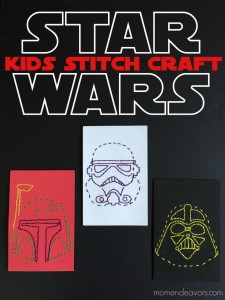 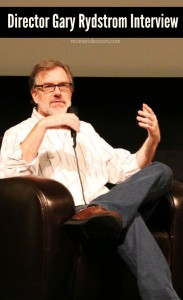 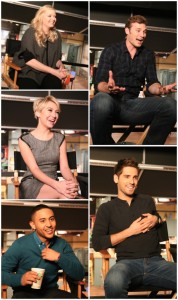