Disney’s PLANES soars into theaters today, August 9th, 2013, with some high-flying family fun!! Thanks to Disney, I attended the World Premiere in Hollywood earlier this week and what an experience that was! I got to watch the film with Disney execs like John Lasseter and Ed Catmull, the voice talent of the film (with stars like Teri Hatcher, Dane Cook, Cedric the Entertainer, Julia Louis-Dreyfus, Anthony Edwards, and John Ratzenburger), various other celebrities, Disney employees, and their families! 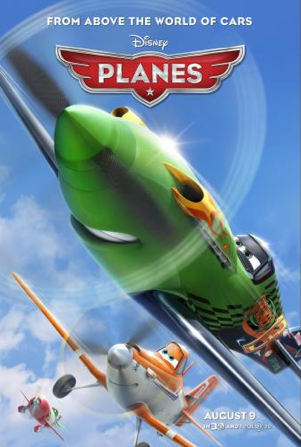 From high above the world of Cars, Disney brings us Planes and the story of a little crop duster plane named Dusty (voiced by Dane Cook). Dusty has dreams of competing as a high-flying air racer, but he’s not exactly built for racing. Plus, he happens to have a rather ironic fear that doesn’t help his efforts any. But, Dusty is determined and isn’t going to let anything stand in his way. With the help of Skipper (a retired naval aviator voiced by Stacy Keach) and his friends from Propwash Junction, Dusty narrowly qualifies for the Wings Around the Globe competition. 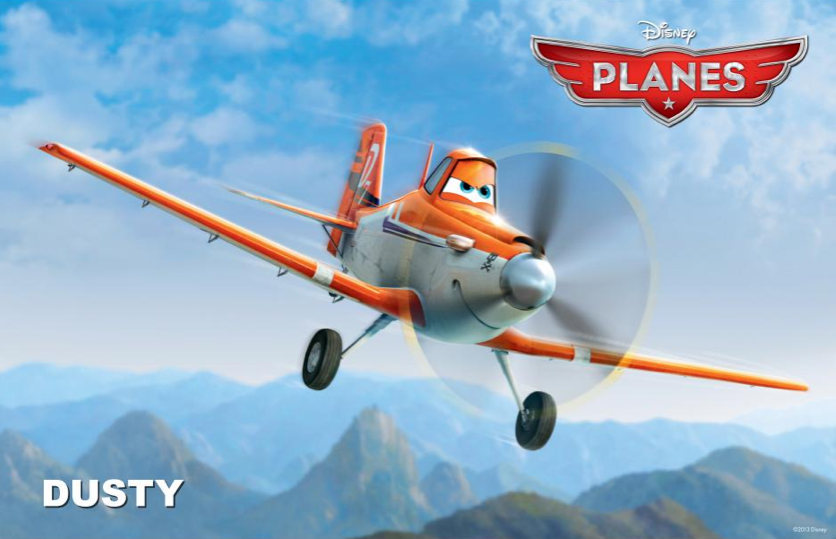 On the race circuit, Dusty is introduced to a number of other high-flying racers. Some will become his friends and some will stop at nothing to keep Dusty from having any chance of winning the race. Dusty’s courage is put to the ultimate test as he aims to reach heights he never dreamed possible, giving a spellbound world the inspiration to soar.

First up, let me say that sitting in the historic El Capitan theater, with the people and celebrities who did this movie was incredible! Pockets of the theater erupted in applause and cheers during various portions of the film (when their character came on the screen or a certain sequence occurred). That excitement was so special to be a part of and because of that Disney’s Planes will always have a special place in my heart. 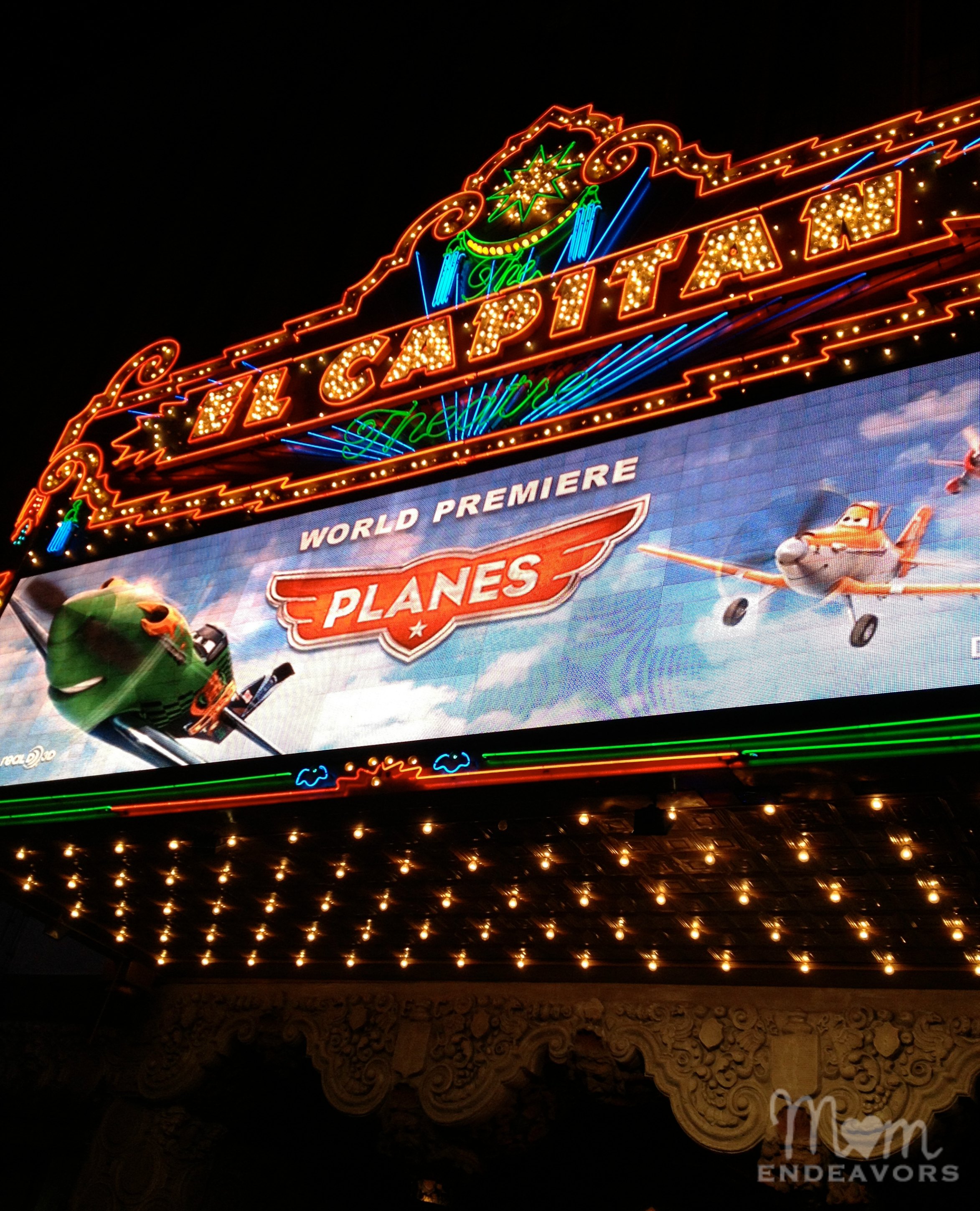 But, aside from all that sentiment, here’s a little more info and thoughts: 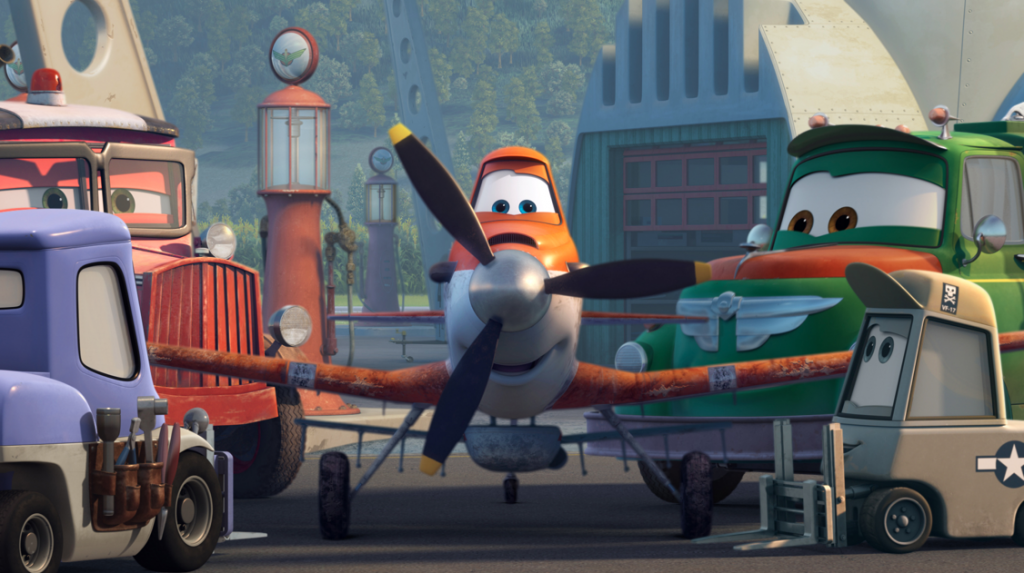 So, here’s the bottom line…

The animation is well-done; the characters are likable; there’s humor for adults but nothing hugely inappropriate for kids; it’s completely family friendly; and it’s marketing genius from Disney. Even though the movie is not nearly as charming as the original Cars and the plot is almost completely predictable, it is going to be a HUGE hit with little boys especially! So, the movie is going to be very well-received by its target audience. My boys already know the characters and had a couple of planes before I even hit the #DisneyPlanesPremiere red carpet. They are SO excited for this movie and, after seeing it, I can confidently say that they are going to LOVE it! For me, that’s what it’s all about.

I had an amazingly wonderful time at the premiere and really liked the movie. As a mom of boys, I’m thankful that Disney puts out movies like this that are geared a little bit more toward the boys and gives them some fun characters to really get excited about. I have a feeling our household is about to be soaring with all things Planes for a while! I can’t wait to take the boys to see it this weekend! 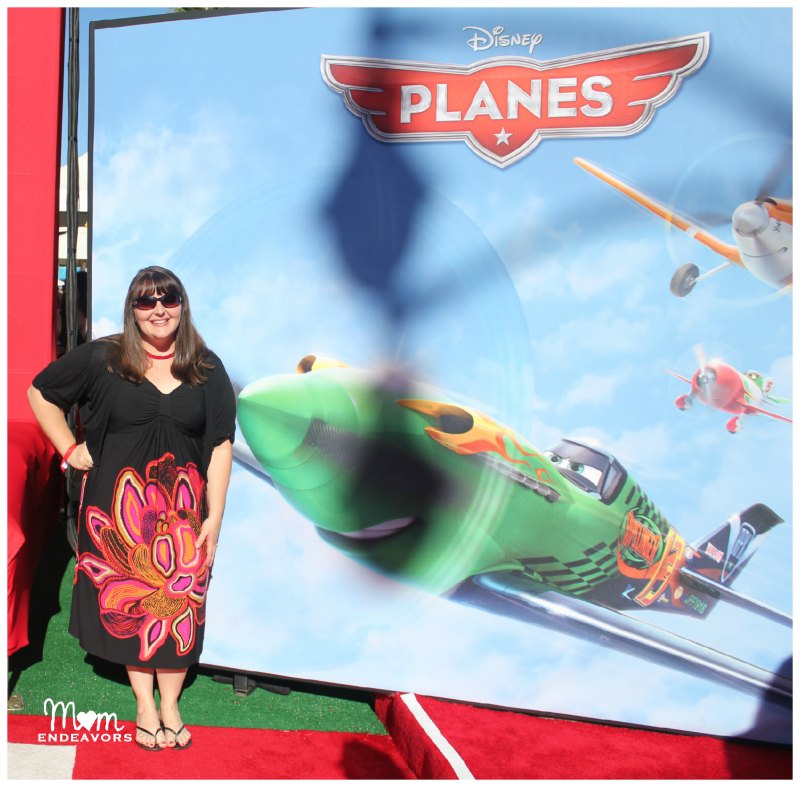 Are you excited for Planes?! Have you seen it already? What did you think?

Don’t for­get that PLANES opens in the­aters nation­wide, THIS FRIDAY!! August 9th!! You can get more from Planes on Twit­ter and on Face­book

Dis­clo­sure: Dis­ney pro­vided me with an all expenses paid trip to the Hol­ly­wood pre­miere for the pur­poses of this cov­er­age. As always, all opin­ions, expe­ri­ences, and love of Dis­ney are entirely my own!