Ever since first hearing that Disney-Pixar was making a movie with a female heroine (it’s first by the way) set in ancient Scotland, I’ve been intrigued. For many years, “Braveheart” was one of my favorite movies. And, about 10 years ago, while studying abroad at Oxford, one of my best friend’s and I traveled up to Scotland for a few days–even doing a “William Wallace” tour around the country! It was fabulous–I love the history, the views, the accents ;)!! So, I’ve been excited to see this one. Big Brother has been getting more excited about the film too, especially after meeting Merida at Disneyland Resort last week! 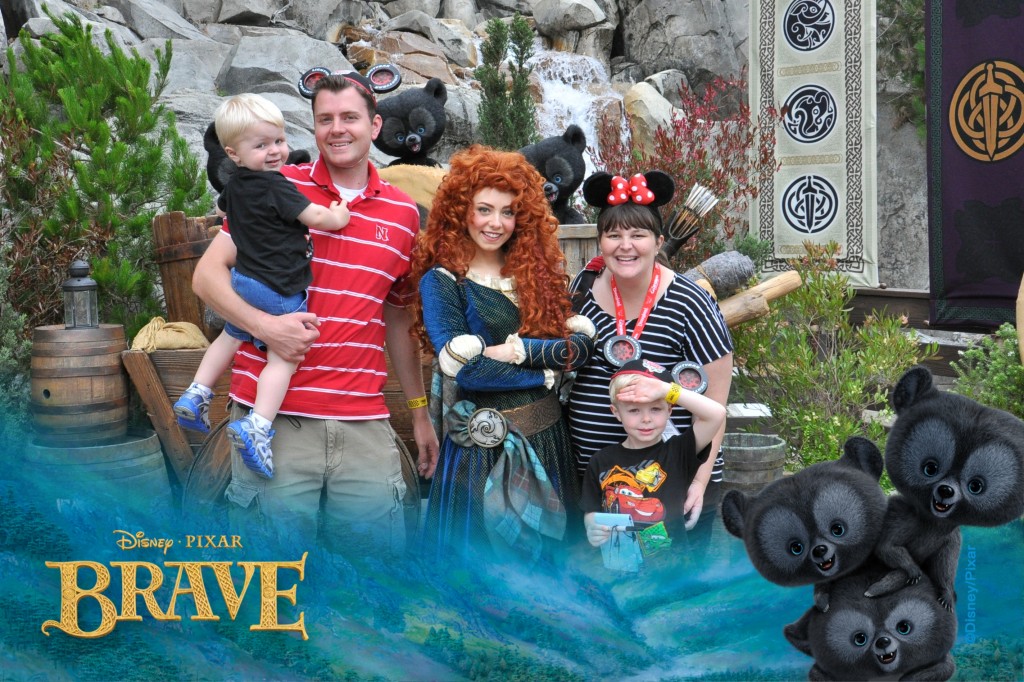 Set in the rugged and mysterious Highlands of Scotland, Disney-Pixar’s “Brave” follows the heroic journey of Merida (voice of Kelly Macdonald), a skilled archer and headstrong daughter of King Fergus (voice of Billy Connolly) and Queen Elinor (voice of Emma Thompson). Determined to change her fate, Merida defies an age-old custom sacred to the unruly and uproarious lords of the land: massive Lord MacGuffin (voice of Kevin McKidd), surly Lord Macintosh (voice of Craig Ferguson) and cantankerous Lord Dingwall (voice of Robbie Coltrane), unleashing chaos in the kingdom. When she turns to an eccentric Witch (voice of Julie Walters), she is granted an ill-fated wish and the ensuing peril forces Merida to harness all of her resources—including her mischievous triplet brothers—to undo a beastly curse and discover the meaning of true bravery.

As soon as the movie opens, I was struck at the amazing scenery. There are times throughout the movie where the imagery was so breathtaking it was hard to remember/believe that it was animated. Absolutely beautiful! And, I was pleasantly surprised at the different twist for a princess movie. (Spoiler alert)…There is NO prince charming, no “true love’s kiss”. Merida doesn’t ride off into the sunset with a new beau/husband. In addition, there is a whole theme of family togetherness throughout the movie. No parent dies 5 minutes into the movie; there’s no horrible step-mother; no wicked queen/witch trying to “off” the princess. Instead, there’s a mom, dad, daughter, and triplet brothers who are all involved and play active roles in the movie.

Really, at the heart of it, BRAVE is a coming of age story dealing primarily with the mother-daughter relationship. As a mom now, I could relate to both sides of the struggle. That aspect of the storyline was done in a very believable/relatable way. For that reason, I think BRAVE would be an especially great movie for a mom & daughter date–especially for moms & tweens/teens. So, if you’re a mom with a 10-18 year old girl, you totally need to plan a time to go!

Of course, it’s not just serious mom-daughter stuff or teenage angst. There movie is filled with adventure, magic, fighting, peril, and humor too. Perhaps not surprising for a movie set in ancient Scotland, there’s quite a bit of brawling amongst the various clan members and jokes about kilts. You’ll even see a quick glimpse of some naked Scottish bums. While I don’t know that I would consider it “over the top”, I personally could have done without this kind of more crude/boyish humor stuff. It’s not “my thing” and I don’t understand the need for it, but it’s there nonetheless.

The scariest parts of the movie involve bears–one of which is quite large & very monstrous. Without spoiling too much, the identity of the other bear makes a couple of these scenes all the more worrisome, as you don’t want anything to happen to it.  Big Brother (age 5) even picked up on that. He was definitely nervous & worried during these scenes, which brings us to the question…

Is BRAVE “ok” for young children?

Not surprisingly, my answer is, “it depends”.  Big Brother was very clearly concerned and worried during parts of the film. But, we had a discussion before about the bear and he has quite a bit of movie-going experience under his wee little belt. So, even though he was a bit scared, he did fine during the movie and said he really liked it when it was over. And, for us it sparked some good conversation about real vs. pretend and behavior.

I think two key factors for making the decision on whether or not to take a young(er) child are the sensitivity level of the child and the child’s movie going experience. If you have a 5 year old or under who’s never been to the theater before, this might not be the best introduction as there are some pretty intense scenes with the bear. Note that this is rated PG, unlike the typical G ratings that most animated Disney films get. Interestingly enough though, the only other Pixar films to get the PG rating (The Incredibles & UP) are the ones that center almost entirely around human characters, like BRAVE. Many of the deeper concepts of the movie will likely go WAY over their heads until the upper elementary age crowd, maybe ages 9-10+. But, I think that for the most part, the average 5+ year old could probably handle watching the movie. It’s a little more debatable with the toddler/preschool crowd. In talks with others, some 3 year olds have done fine and some 6 years olds were really upset by it. So, I think the key is to just “know your kid” and be pre­pared for some ques­tions (pos­si­bly rather seri­ous ones) dur­ing and/or after the movie.

Have YOU seen the movie or are you plan­ning on going? If you’ve seen it, what did you think?

Dis­clo­sure: We saw this movie at a free press screen­ing at the invi­ta­tion of Dis­ney.  All opin­ions and expe­ri­ences are my own and your opin­ion of the movie may dif­fer from mine. 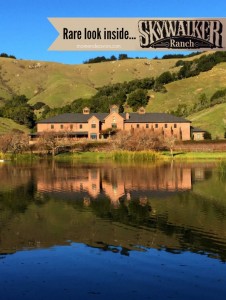 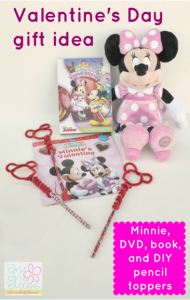 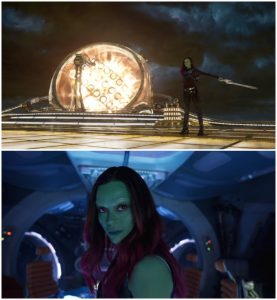 Zoe Saldana (Gamora) Interview on Set of Guardians of the Galaxy Vol. 2