Calling race fans of all ages, Disney-Pixar’s Cars 3 Blu-ray/DVD (affiliate link) is available for purchase NOW!! Ka-chow! “Cars 3” is Disney•Pixar’s first in-home title released in stunning 4K Ultra HD format and we were thrilled to get a review copy to have on Blu-ray at home! With your movie watching, you can feel like you’re at the center of the action at home—holding your breath during the dramatic crash that launches Lightning’s journey, feeling the pulse-pounding action at the Florida International Super Speedway, and getting down and dirty at the Crazy 8 demolition derby. My boys LOVE the movie…and we love having fun family movie nights! So to add to the movie watching fun, we have some free printable coloring pages to share! 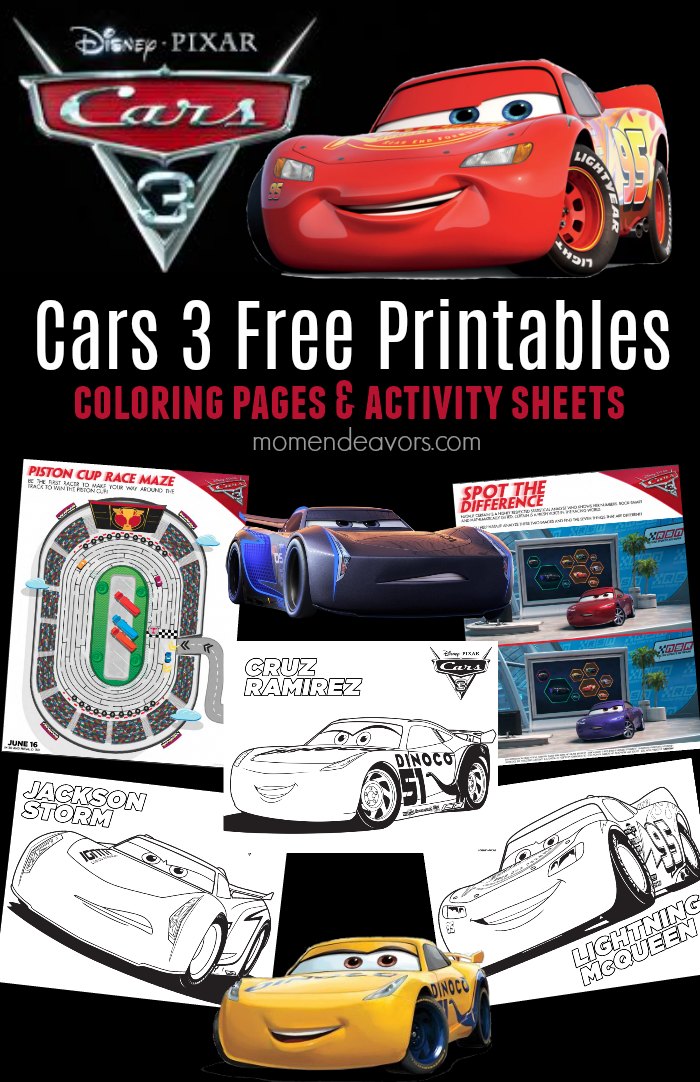 Disney has put together some fun printable coloring pages and activity sheets. Just click to download and print! You’re sure to find something fun for a movie night or Car 3 Party!!

And, if you want some fun Cars Halloween ideas for next year, you’ll find some fun activities and Cars pumpkin carving stencils here! Just click and print whatever you like! 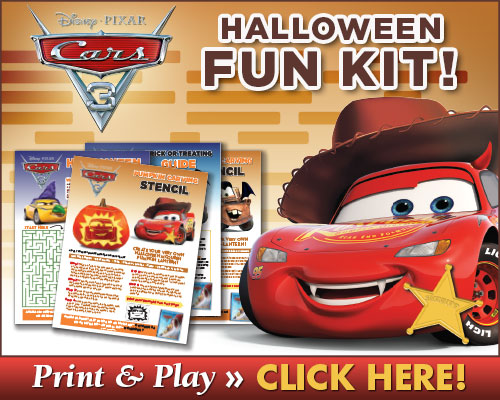 So, be sure to buy your Cars 3 Blu-ray/DVD (affiliate link) and print whichever printables you like!  We LOVE having the movie at home! You can grab some fun toys & items to really make movie night come alive!


And not only is the movie itself fabulous, but we also think the bonus features you get on the Blu-ray are so much fun!! The mini movie with Miss Fritter is SO fun!

Blindsided by a new generation of blazing-fast racers led by arrogant hotshot Jackson Storm, the legendary Lightning McQueen (Owen Wilson) is suddenly sidelined and pushed from the sport he loves. To get back on track, he’ll need the help of eager young racing technician Cruz Ramirez, inspiration from the late Fabulous Hudson Hornet and a few unexpected twists and turns of fate. ‘Cause when the rubber finally hits the road, proving that #95 is still in the game will test the courage of a champion on Piston Cup Racing’s biggest stage! Bring home the high-octane hit that’s fully loaded with unforgettable characters, spectacular animation and turbocharged bonus extras!