Thanks to Walt Disney Records for sponsoring this post! 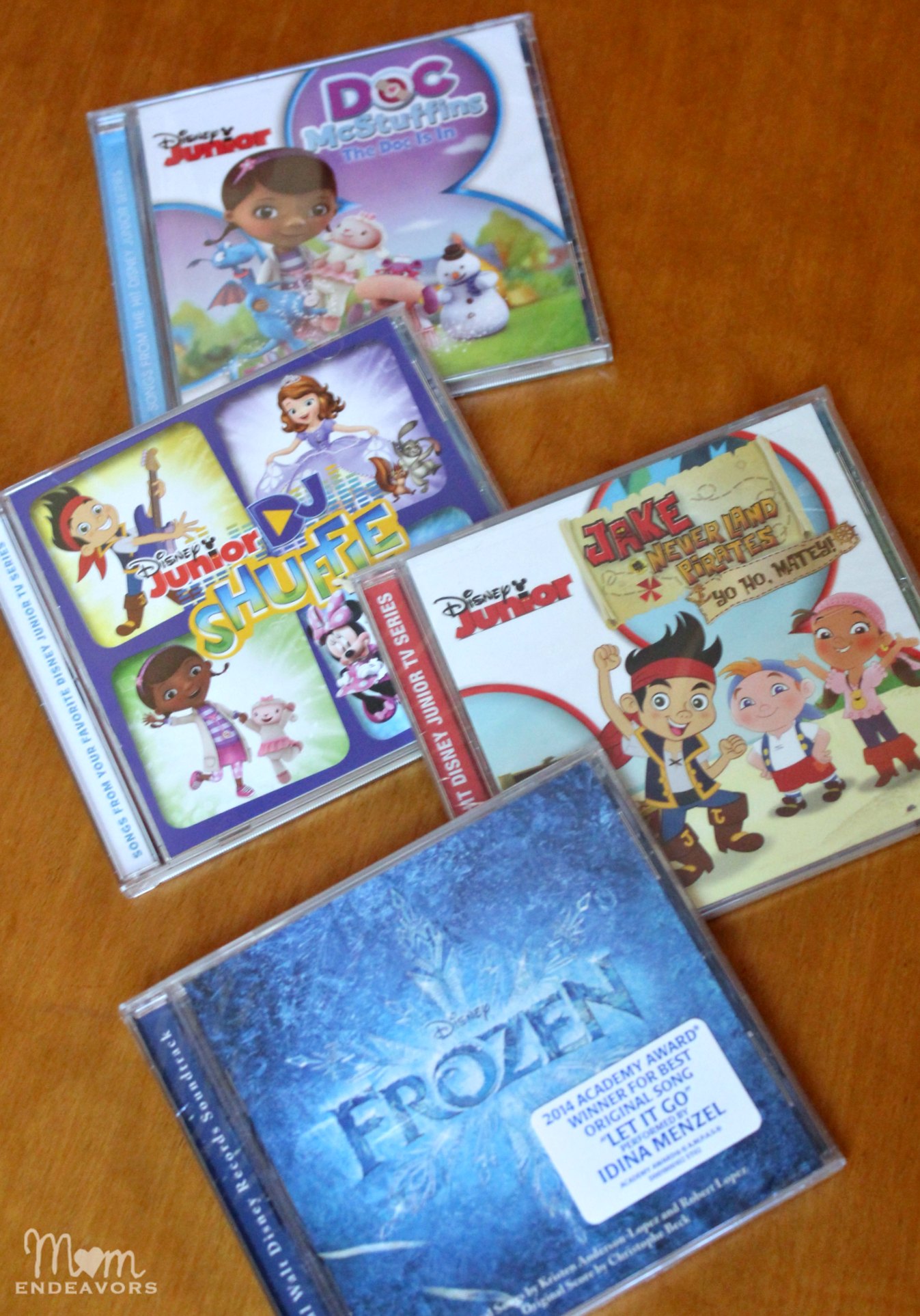 We’ll be headed to Disneyland soon for the Disney Social Media Moms Celebration, so we were so excited to receive these fun Disney Music CDs! This winter and spring, it seems like just about everyone with kids has been listening to the FROZEN soundtrack quite frequently. Not only did it earn an Academy Award® for Best Original Song, but the soundtrack has topped the Billboard 200 album chart for weeks on end! SUPER popular!! We purchased the digital soundtrack on iTunes way back when the movie came out, but we’re thrilled to have an “official” album for the car! We’re FROZEN-obsessed, so it will be perfect for our Disneyland road trip! And, my boys are HUGE Disney Jr. fans, especially Jake and the Never Land Pirates! So, I’m really excited about these fun CDs!

Any of these would be great to include in Easter baskets this spring, but we’ll be using them as part of our Disney road trip surprise! The boys are going to be SO excited!

Would a Disney Music package be a hit at YOUR house? Would you like to win one?!….

We’ve got TWO different Walt Disney Records CD prize packs to give away (one set to each of the two winners)! Each set includes the FROZEN soundtrack and 3 other Disney Music CDs (like the set shown above).

I was sent a complimentary collection of Disney Music CDs by as part of Entertainment New Media Network. Giveaway is sponsored through the network by “Mom Endeavors” with prizes provided by Walt Disney Records. As always, all opinions and experiences are entirely my own.