Thank you all so very much for the prayers, comments, well-wishes, and more! Dealing with these hand burns is NO fun, but it is wonderful to have such a great support system! Since so many have asked about everything, I thought I’d give a little update to let everyone know how things have been going. I can’t believe it’s been almost two weeks already! (For those not familiar with the back story or what happened, you might want to start with this post about the accident.)

The short answer to all the questions is that we’re hanging in there and things are headed in the right direction! But, of course, I’m not going to leave it at that! 😉 Just like with anything like this, some moments are completely ok (as if nothing has happened) and other moments are just completely awful. The first few days at home and the beginning of last week were especially unpleasant. So, almost entire days have been spent much like this… 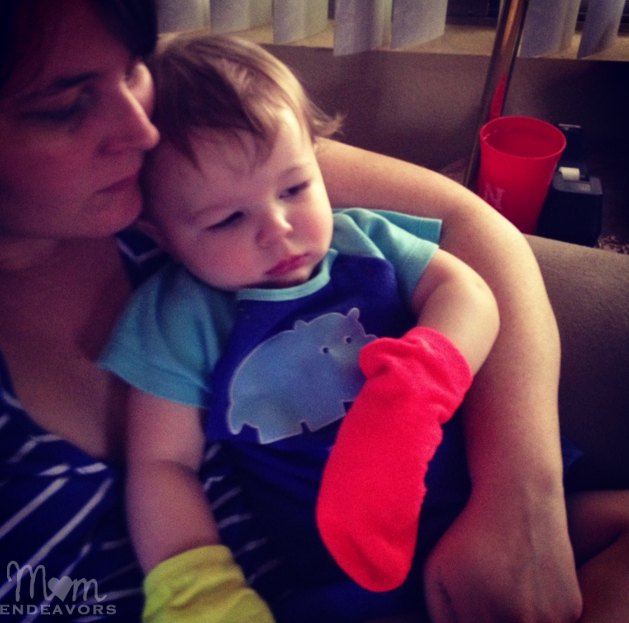 Yet, there have been days and moments where if you didn’t notice the “sock puppets” over the bandages, you wouldn’t even know anything was wrong with the little guy! The resiliency of kids truly is amazing! 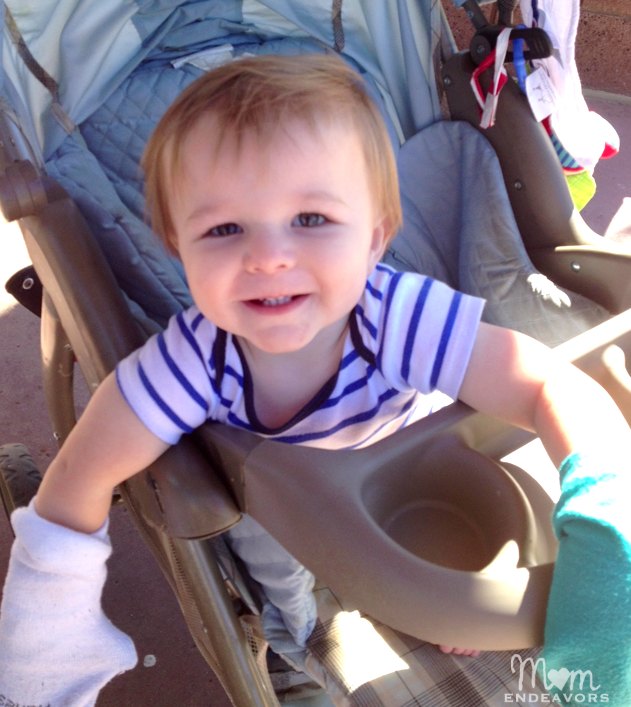 But, no matter what kind of day it is, the worst parts are the dressing changes. And, unfortunately, the doctors want them done twice a day. I can’t begin to explain how not fun it is to basically begin and end each day with that task. I’m afraid this will sound overly dramatic, but it truly is like torture – for him and for us. I don’t know any other way to explain it. Now, close to two weeks in and I’m finally getting to the point where I’m not crying through it. But, it continues to be such a strange battle inside my head…logically, I know we have to do it and I know it’s helping in the long run. But, my heart? It seriously takes every rational thought in my head to not just scoop him right out of the bath and stop the process (and now with that, I’m crying again). It’s gut-wrenching. He screams. Horrible hysterical screaming & crying (that sounds much like he did the night it happened). Truly, it’s heartbreaking.

The whole process is rather involved and takes about an hour each time. It starts by giving him his meds (tylenol with codeine). Then, we head up to the bath where he gets to play for about 30 minutes before the torture begins. The water helps soften the dead tissue so it will hopefully come off more easily. Thankfully, he hasn’t been opposed to doing the baths. He still enjoys splashing and playing…until the unpleasant part begins! 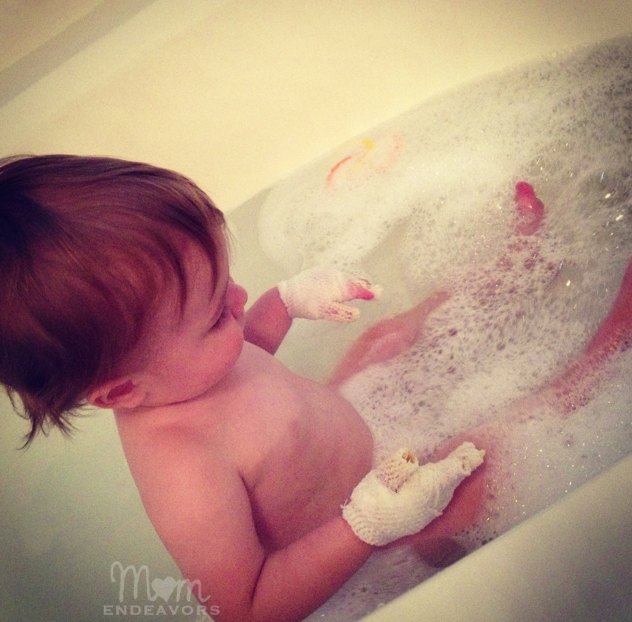 Part of the process also involves getting all set up for the new dressings. That requires gauze, Silvadene ointment, some mesh burn netting stuff, and a splint for his right hand (to avoid contracting). He is really, really starting to get sick of the splint! That’s the very last step and he is always SO upset while I’m taping that back on his hand! 🙁 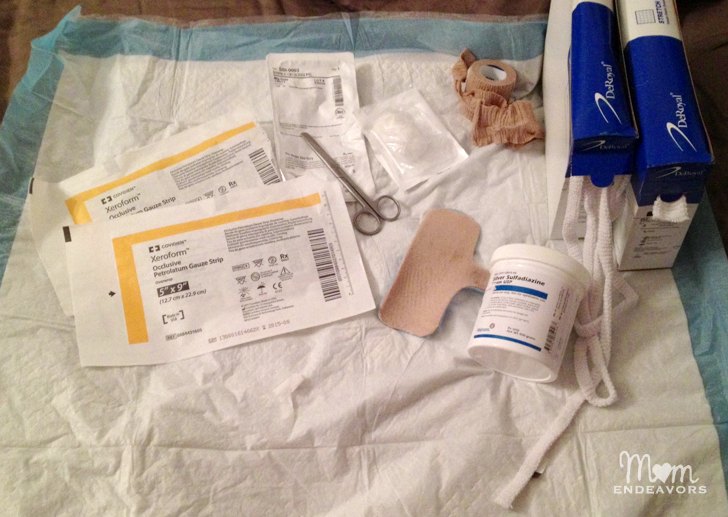 The real torture comes from debriding the burns. All the dead tissue (which looks sort of white-ish) has to come off before the real healing can occur. The ointment we put on the burns helps that dead tissue loosen and slough off. But, we have to help things further by gently scrubbing the burns with a wash cloth. That’s where the torture comes in. Ugh! It’s so hard! Because the burns are 3rd degree and deep, there is a fair amount of dead tissue that needs to come off. This photo shows what the burns looked like a little over a week ago. I know the quality isn’t good (and it’s hard to look at), but it sort of shows the extent of the burns and the amount of dead tissue. The biology teacher in me felt it was an important to include a picture to give you a feel for what it looks like…. 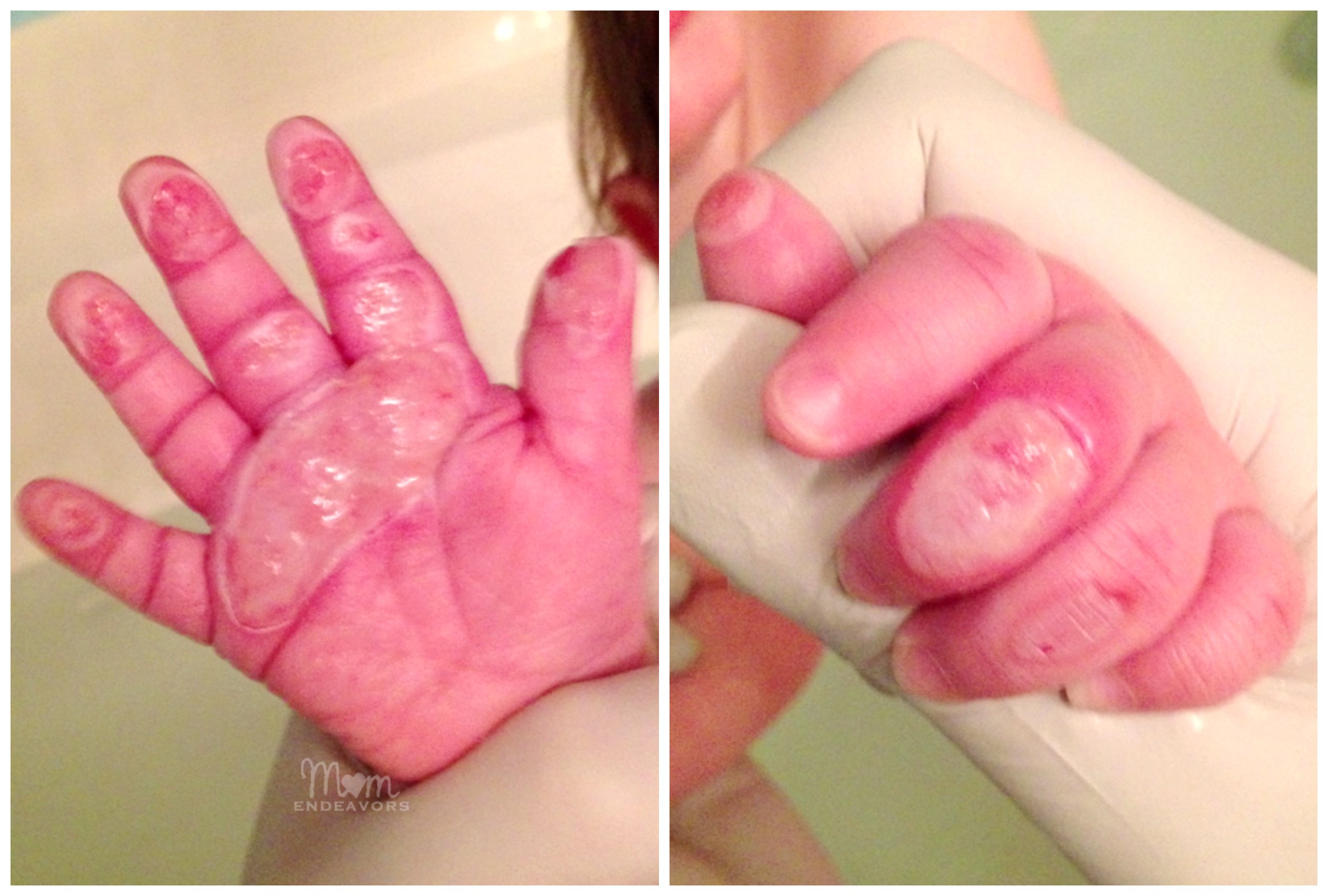 All that leathery/glossy white-ish stuff is the dead tissue and there is a lot because it’s deep. Thankfully since that photo was taken, a lot has come off. In fact, at our follow-up appointment last week the doctors said that things are definitely headed in the right direction. But, the bad news is that they wanted us to be more aggressive in trying to get the dead tissue off because there still is a fair bit. BLAH!  His palm on the right hand and the back of his middle finger on the left are by far the worst. Both have a considerable ways to go. That’s where the fact that they’re deep burns comes in!

Burns are just such a bad injury and they take so long to heal. The doctors said that we are probably looking at another 3-4 weeks before everything will be mostly healed. Then, he will probably have a therapy appointment or two. There are a few places where the burns cross creases (two finger joint creases and his palmar creases), which are really at risk for contracting. So, between the splint and therapy, we’re hoping to avoid any long-term limited mobility.

So, that’s where things stand right now. We’re just taking things day by day and hoping that the debriding torture will soon be done. I have my fingers crossed that it will be by this week’s appointment. But, I’m not sure we’re quite there yet. Thankfully though, we know there is a light at the end of the tunnel and all should eventually be well. We appreciate all of your prayers, good thoughts, and support so much! 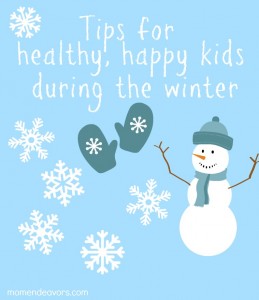 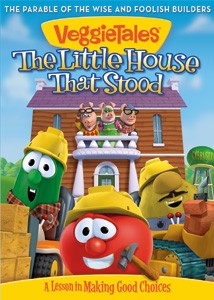 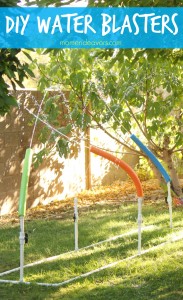 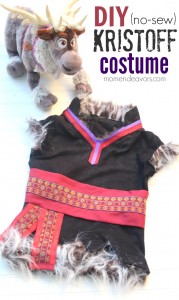