It’s game day and that means another week of our College Football fun! We’re gearing up for a trip back to Nebraska soon, which always makes me nostalgic–especially in the fall during football season! So, I thought I’d share a little of my band love for this week’s College Football Tailgate post! 😉

A few weeks ago I shared a little bit more about why I’m such a huge Nebraska football fan. A large part of that is because I was a member of the Cornhusker Marching Band all 4 years of college! Being part of the band was SO incredible and I have many memories from those days that I will cherish always. Another blogger & former band member (we were there at the same time), shares the same sentiments I have. 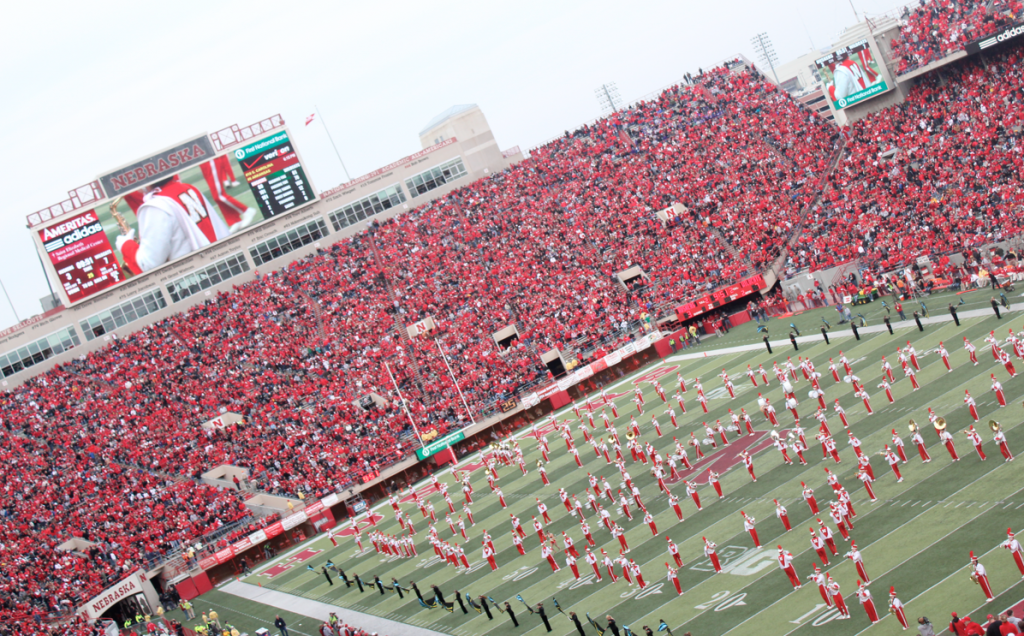 Only a few people know that it was actually attending a football game that finally pushed me to decide to attend the University of Nebraska. Coming from Arizona, it’s not exactly a common school choice. But, my dad and I attended a game in October of my senior year of high school. I was in awe. Completely blown away. When the band took the field and 80,000+ people roared from them, I got goosebumps and teary eyed. I’d never seen anything like it and knew I wanted to be a part of it. So, I went out-of-state to school, auditioned for the band, and marched clar­inet my fresh­man year!

My sophomore year then, the band finally got a pit percussion section. So, the rest of my time in the band was spent in the pit as part of Nebraska’s drumline. And, it was SO awesome! Tons of work (we learned & memorized a new show almost every week), lots of time (usually about 20 hours a week), and tons of fun! One of the xylophones was like my first baby! 😉

The homecoming shows were always something extra fun and the pit dressed up in costume. Moulin Rouge was my favorite! 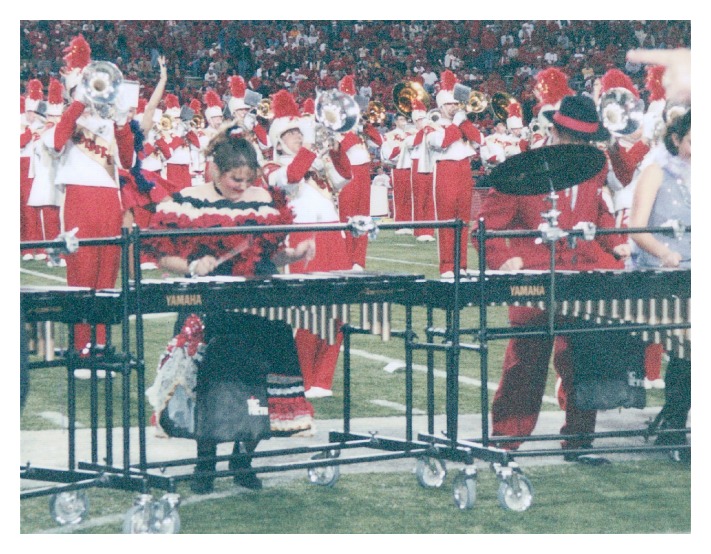 My senior year extra memorable — hosting two ESPN’s College Game Days, playing Notre Dame, the post-September 11th game (which is one of the most memorable music performances of my life), playing at Disney’s California Adventure, and of course, the Rose Bowl! Marching in the Rose Bowl Parade & performing during the National Championship game was unreal! In fact, during pregame at the Rose Bowl, Regis (yes, that Regis) stood right in front of my xylophone the whole time! 🙂

So, since I love the Nebraska football subway art printable so much, I decided that I had to have one just for all things Cornhusker Marching Band! 🙂 Here’s what that looks like: 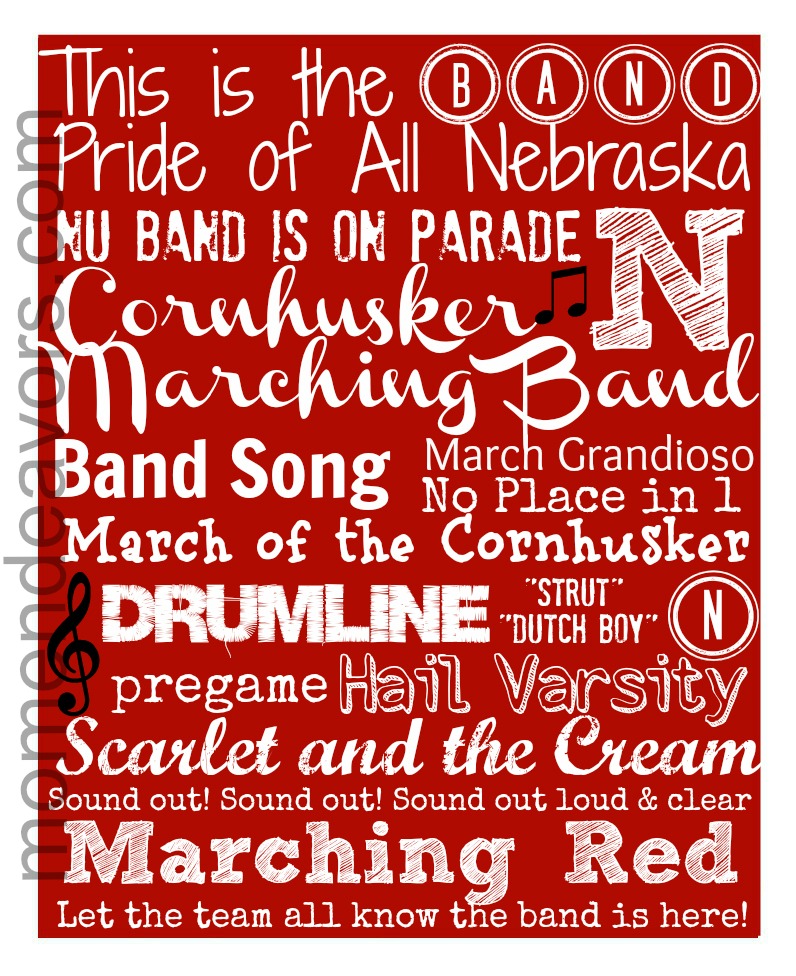 If you happen to want a copy for your own personal use, feel free to comment and I’m happy to share! GO BIG RED!!!