Bibbidi bobbidi boo! These edible Cinderella magic wands are perfect for a princess party or a Cinderella movie night too! Your kids will love these magical sweet treats! 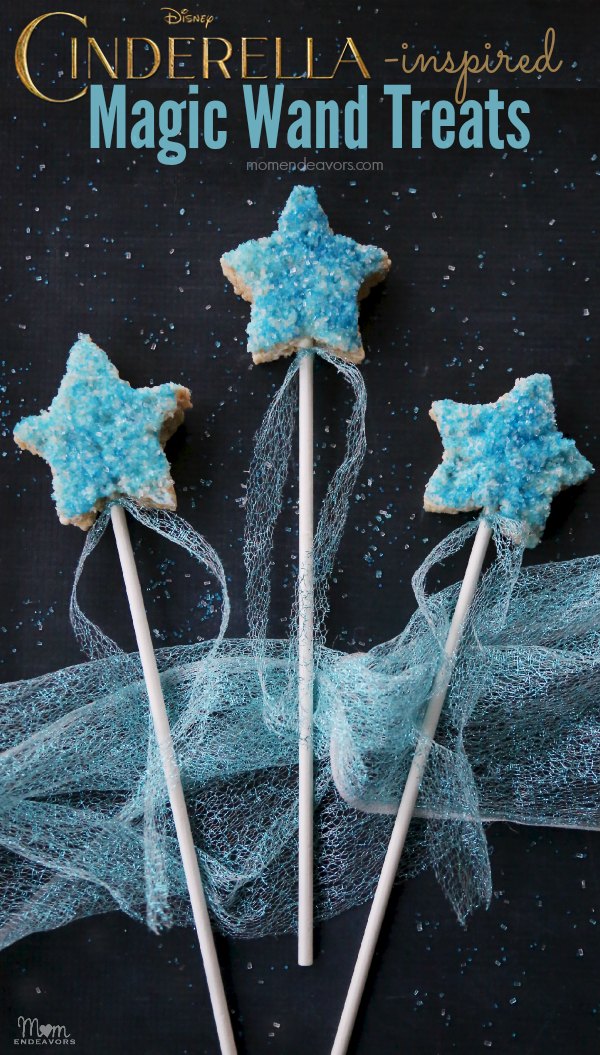 In honor of its upcoming 70th anniversary, the timeless animated classic “Cinderella” waltzes into the highly celebrated Walt Disney Signature Collection (available on Blu-ray™ and DVD on June 25, 2019). So, how about some fun themed treats to celebrate?! You know we love a good movie treat around here. And since Cinderella wouldn’t even get to go to the ball at all if it weren’t for her Fairy Godmother, I thought some magic wand treats were appropriate!

Though there is no giant star on the end of the wand in the movie, these wand treats are whimsical & fun (just like the Fairy Godmother) and the blue tones of course go with Cinderella’s beautiful ball gown. Kids will love them and they really are quite easy to make! 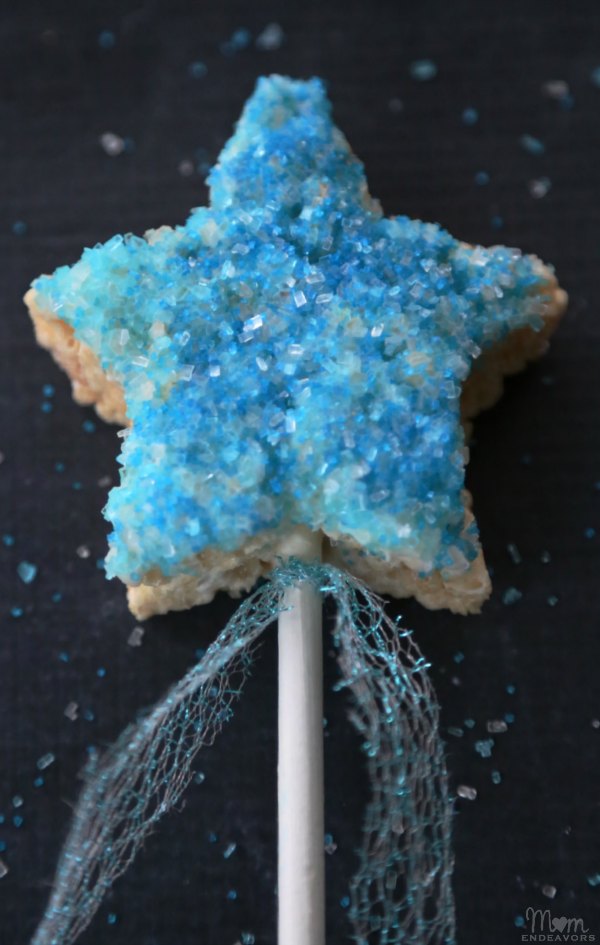 To make the edible Cinderella wands, you’ll start by just making a regular batch of rice krispies treats (cut in stars). Then, you’ll dip them in white chocolate/white candy coating and cover in sanding sugar! We did the exact same process for our Disneyland-inspired Pumpkin Mickey treats and those were a big hit too!

You’ll start the wand-making process by whipping a batch of rice krispies treats. I wanted mine thicker so I put the batch in a 9×9 pan, spreading everything out in the pan to get a nice even layer. Once cool, I cut out the stars with the cookie cutter. Insert the lollipop sticks into the star cut outs.  Then, melt some white candy coating (I used 3 chunks and I always melt in the microwave). To make things easier for dipping, I just poured the melted “white chocolate” on my silpat. Then, I dipped one side of the stars in the melted candy coating. Immediately after, dip the coated star in blue & white sanding sugar (which I just spread out on a paper plate). Place in the refrigerator for faster cooling time if you’d like. Then, tie ribbon(s) or cut fabric on the stick for some extra whimsy. The fabric I used had just the right amount of sparkle (some fun material left over from our FROZEN party). 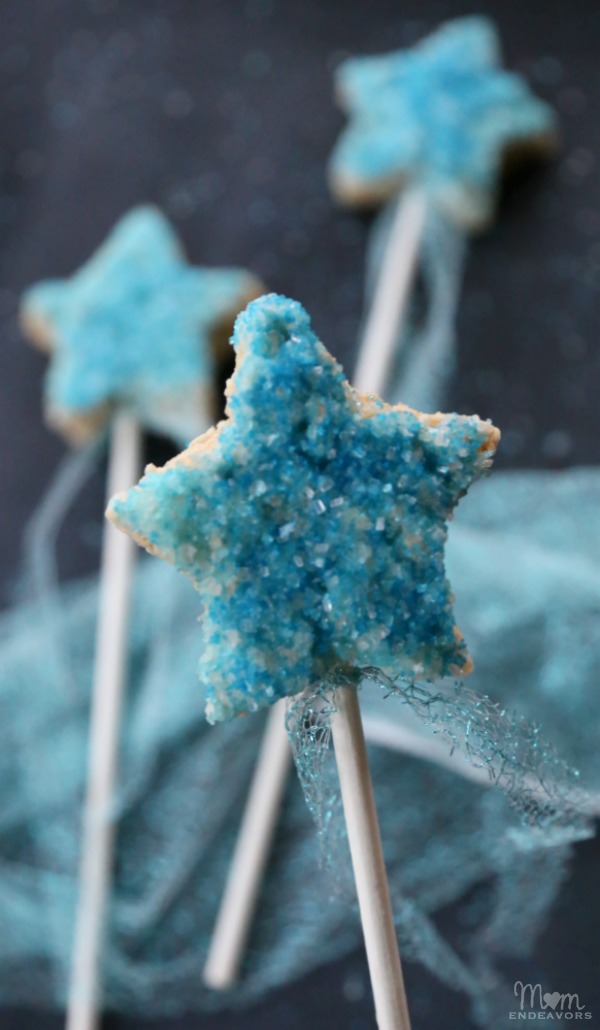 So fun and such an easy way to have a little Cinderella magic at home!! For another fun Cinderella treat, how about some wicked stepsisters cookies?! Perfect for adding a little villainy to your party or movie night! So, grab your anniversary copy of Cinderella and whip up some magical treats! 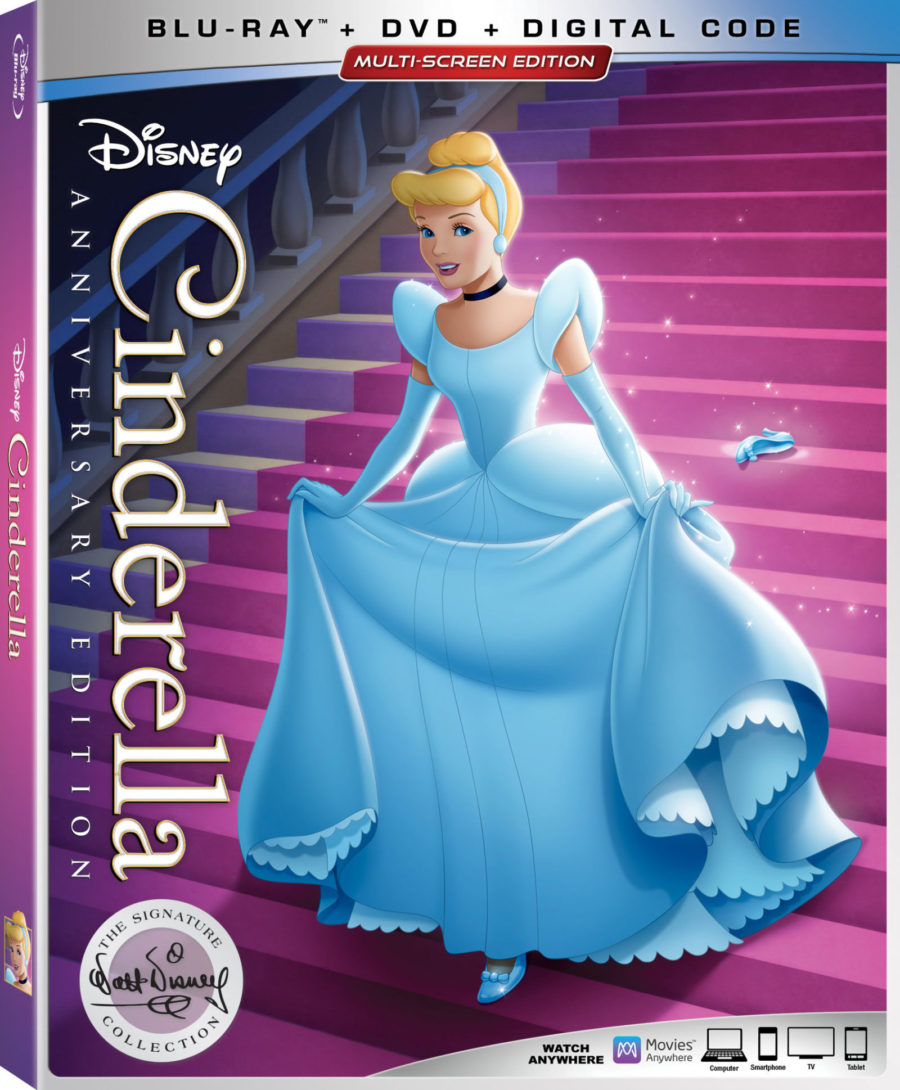 We also LOVE the “behind-the-scenes” stuff. And it’s even more special when it’s from stuff that Walt was actually involved in! So be sure to pick up a copy of the Walt Disney Signature Collection Cinderella and enjoy a fun family movie night!