In keeping with the bee class valentines theme, Big Brother and I made a bee mailbox for his class valentines. I remember making my valentines mailboxes when I was young! Those creative projects were my favorite things (is it any surprise that I like blogging now?!)! So, I think I might have been more excited than he was to make one. But, once we decided on bees and I suggested making a bee mailbox, he was SO excited! 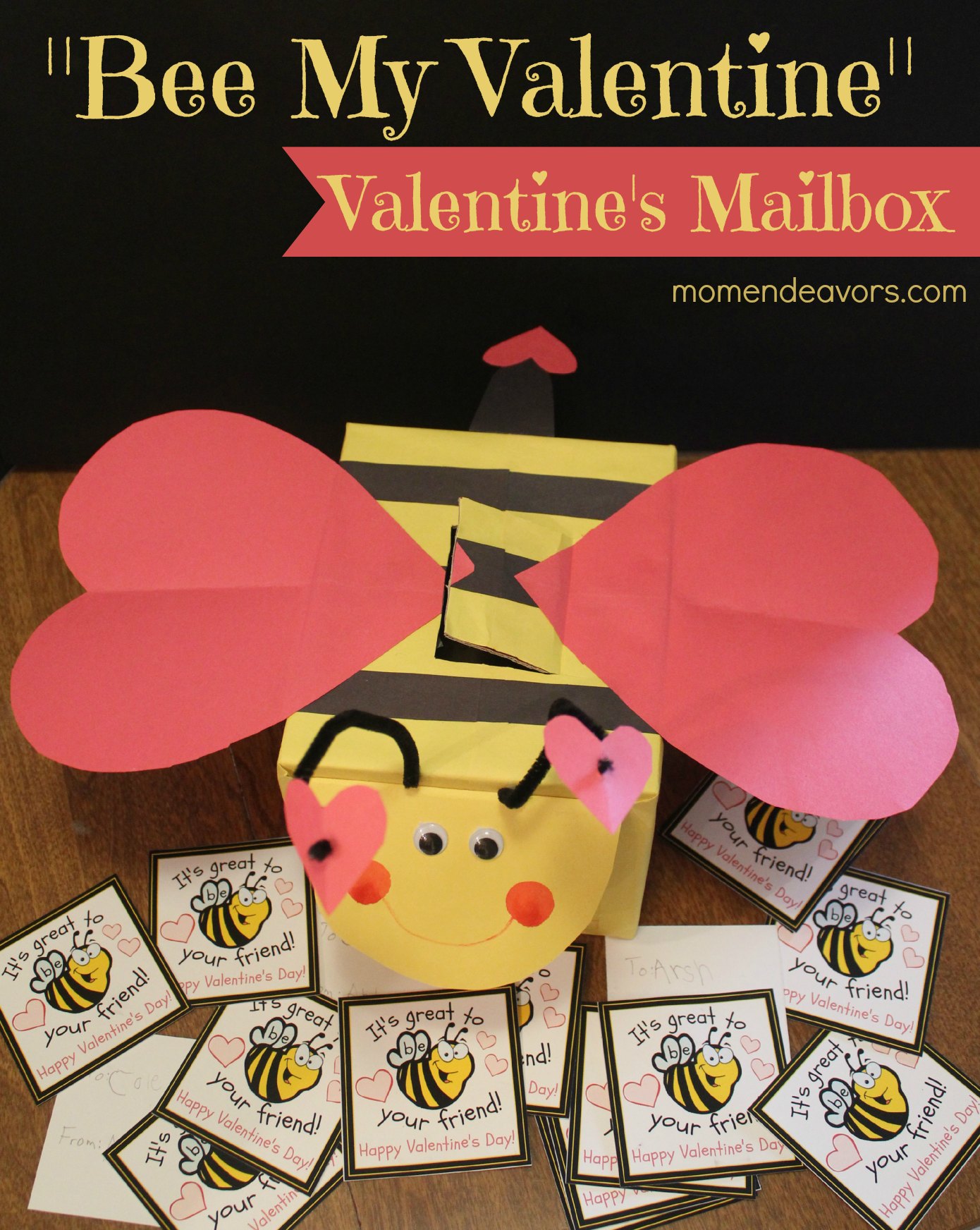 I think it turned out great! Big Brother was quite pleased with it! He was so eager to take it to school this morning and carried it in so carefully. Super cute! 🙂

Creating the bee mailbox was really easy. We started with a square box (a bit larger than a standard square tissue box). But, you could use whatever size box you have around. 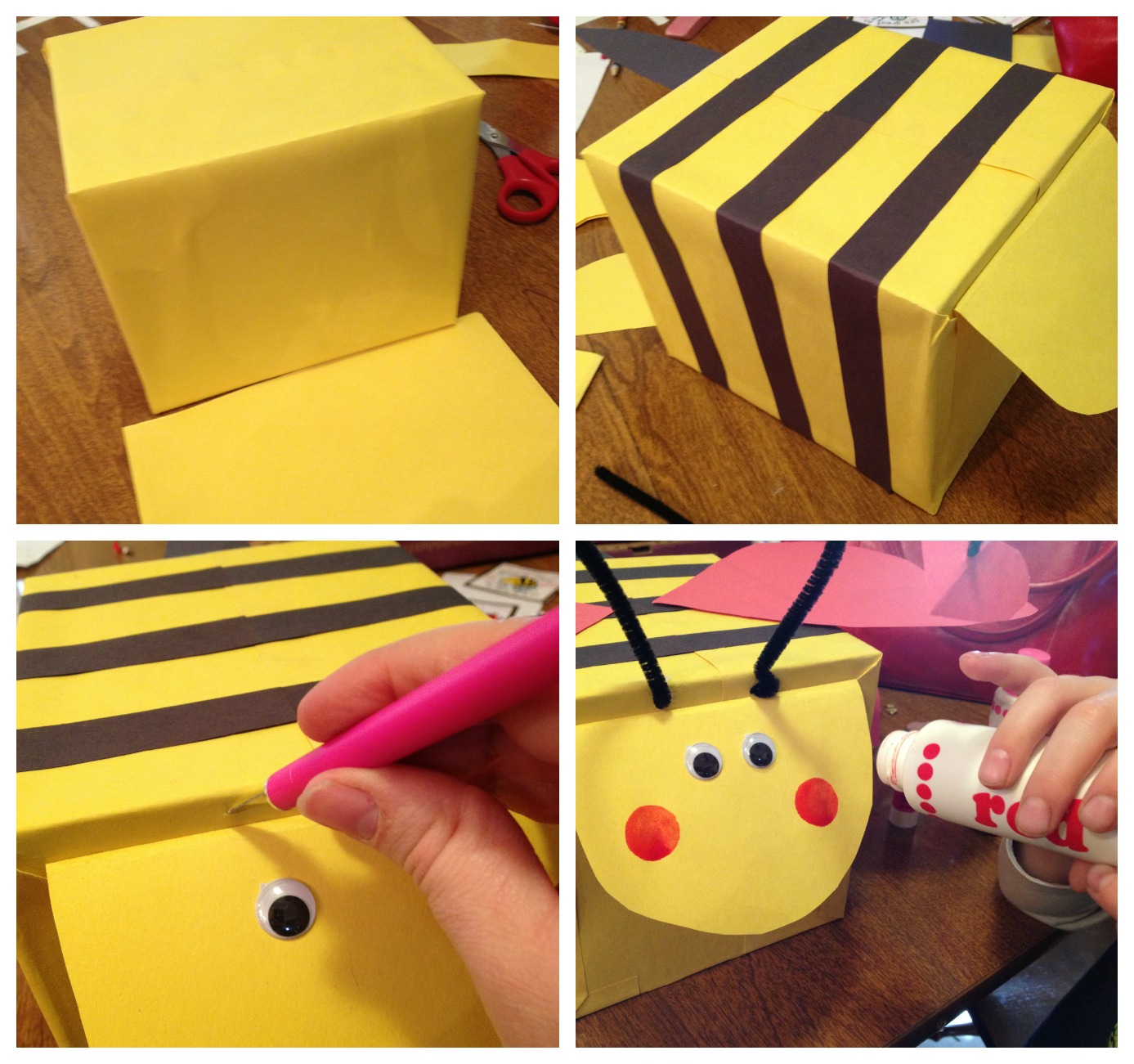 I covered the box with yellow construction paper and then cut out black strips. Big Brother then glued on the black strips. While he did that, I cut a little half circle sort of shape for a head and we glued that on to the front. Big Brother then stuck on the googly eyes and used a “do-a-dot” marker for the “cheeks”. Using an X-Acto knife, I cut small slits just above the eyes & Big Brother slid in the “antennae”. For the wings, I drew a heart pattern for him to cut out. Then, we glued on the wings! Big Brother then decided his bee needed a stinger (of course!), so we cut that out of black and added a heart. Then, the antennae needed some hearts too! Since the box didn’t have a lid to open, I just cut a flap for the kids to drop things inside & for Big Brother to be able to access the contents! 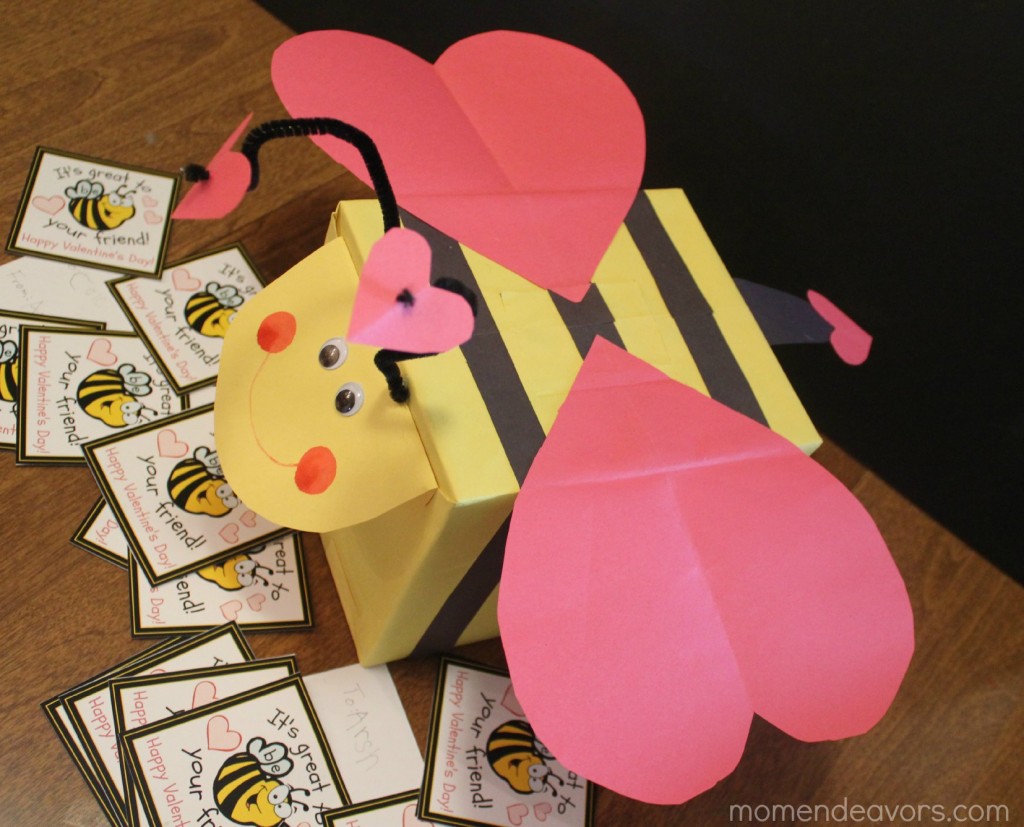 This mama of all boys is cherishing still being able to do a little more “cutesy” looking stuff before it’s all Star Wars, superheroes, and video games! 😉 I think it turned out so cute and I’m glad he was so excited to show it off. 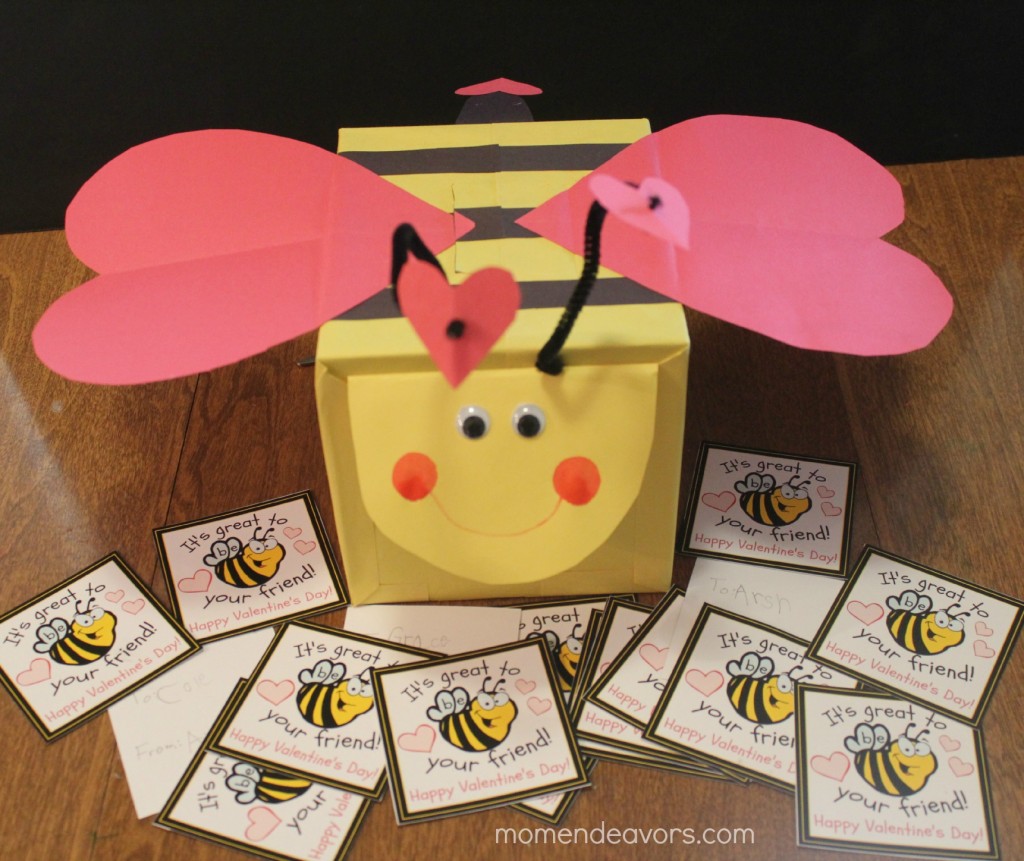 If you’d like the bee Valentine’s Day cards that are shown in the pictures, just click on the following link to be taken to that post! 🙂 …

Linked to: *I Can Teach My Child