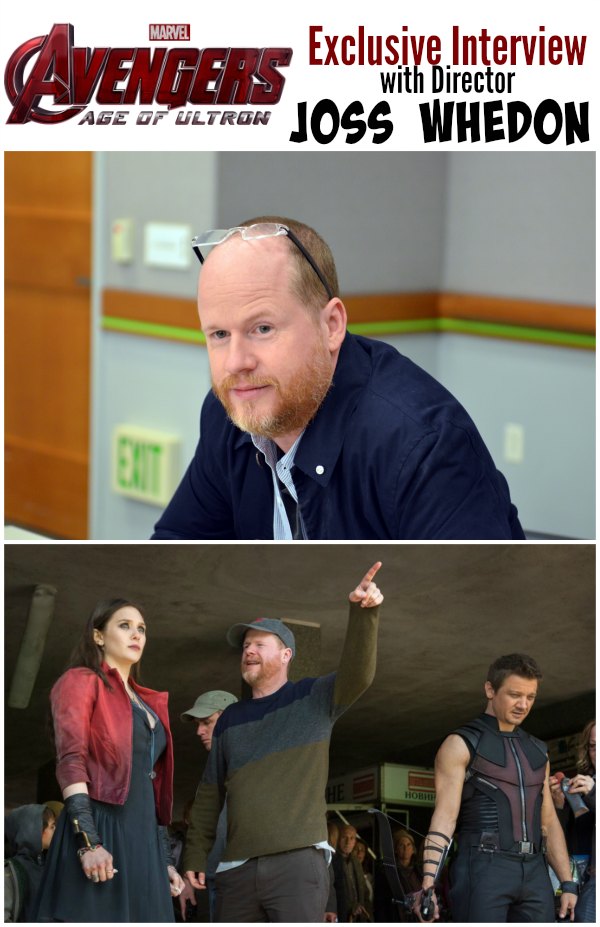 The #AvengersEvent exclusive interview fun continues and this one is BIG!! It’s not everyday you get to interview a Hollywood director who is becoming rather legondary. Joss Whedon is the man behind shows like Buffy the Vampire Slayer and he wrote the screenplay for Toy Story!! More recently, he’s brought us The Avengers in 2012, the tv show Marvel’s Agents of S.H.I.E.L.D, and now Avengers: Age of Ultron. So, needless to say, the bloggers on our Avengers press trip were quite excited at the opportunity to talk with him! 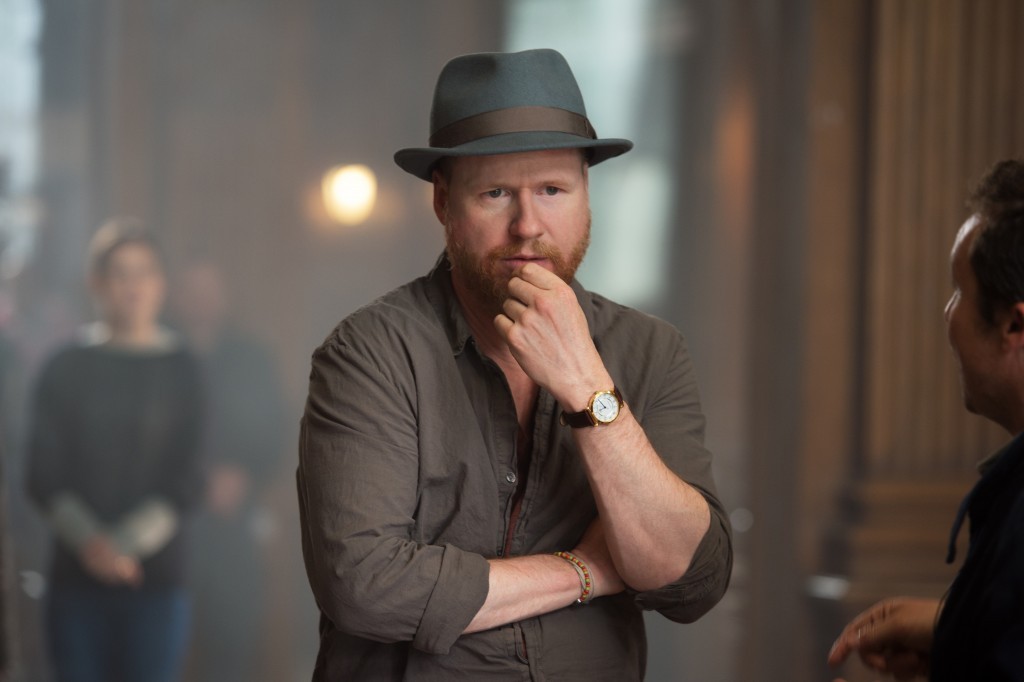 We saw the movie before interviews and there is A LOT of buzz about a few specific scenes, like the opening one!

Question: So, you have that iconic shot of the Avengers jumping in slow motion which, I think all the fan boys and girls have like gone wild over.  Can you talk about how that came to be?

That was the last shot we got finished, ’cause it’s over a minute long. I wanted to create some frames that were just unabashedly comic book frames – that would speak to our love of the thing and that one took, you know, longer to create than anything else. it was important to me to have that right away, like first up in the movie…just go ‘boom, we’re back.  This is what you love.  Are you having fun?  Good.  Now we’re going to tear it apart’.

It’s SUCH a cool shot! The crowd literally cheered in the theater we saw it in! It totally is “unabashedly comic book” and will probably go down as a pretty epic movie scene!

Question: What was the hardest scene to shoot?  Do you have one that sticks out?

I struggled every much with the party scene.  The after party scene, I actually shut down during shooting early one day because I started shooting it and I hated everything I was doing. And then I was like what should I do?  What’s wrong?  And then I realized, wait a minute.  Didn’t I just make an entire movie where people sit around and drink?  Wasn’t that Much Ado About Nothing?  Ohhh and then I called…I need cards, I need beers. Anyway, I get all these things and we’ll do it all handheld and we’ll just let them go. As soon as I remembered how to shoot a party, um…it became a party. 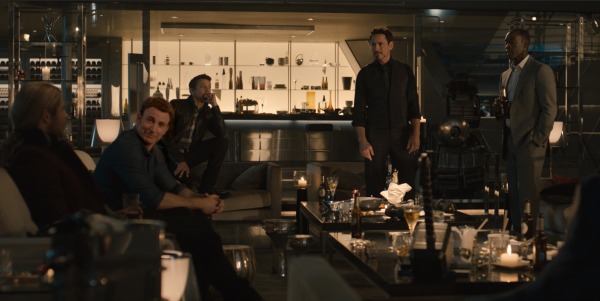 It actually SHOCKED me that Joss said that he struggled so much at first with that scene. It’s such a small piece in the movie, but truly, I loved it. It’s some awesome comic relief before things get really dark. And, the whole thing makes you just want to be at the party hanging out with these guys. So, just after Joss talked about that scene, I was able to ask this:

MY question: On that note, that party scene is actually my favorite scene in the movie and so I’m curious if it was all scripted or were the actors ad libbing at all?

There’s a little; they’re throwing stuff out.  With Robert in a situation like that,  I’ll usually give him like, you know, five or six options just see what tickles his fancy and he’ll sort of run through them.  Most of it is scripted, but I like to leave a little room for those guys.  First of all, they’re all funny, articulate people who really know their characters and second of all, it sort of helps the flow particularly in something like that.  You don’t want to feel camera moves You just want to feel like you, you stayed at the party.  I’m glad. 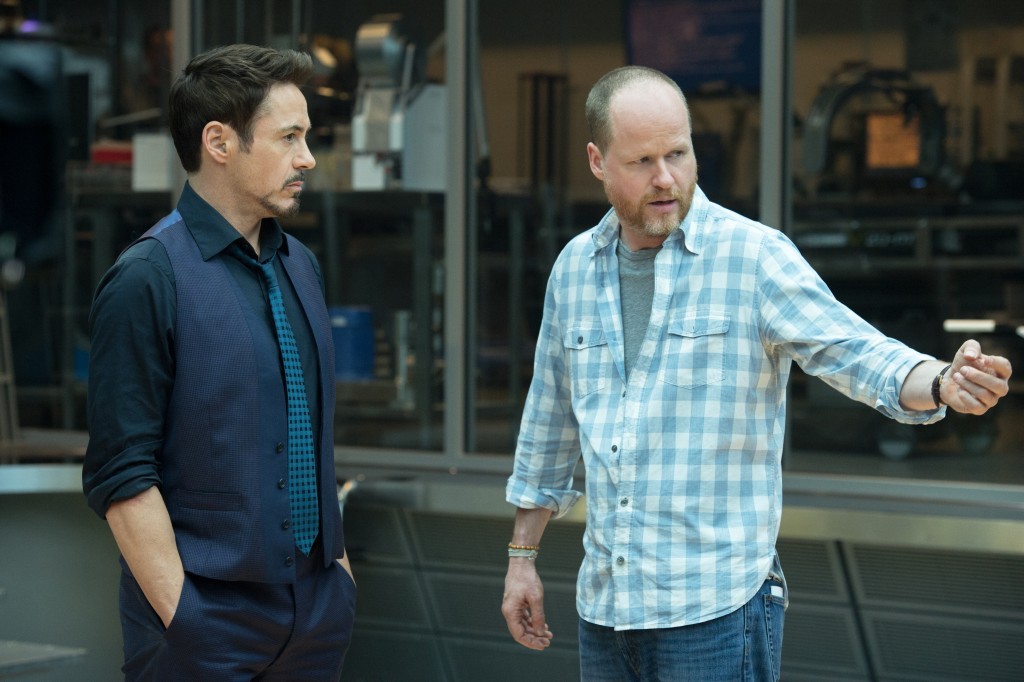 And with any movie, it’s always interesting to hear what got cut out & if the plans changed much. We asked, “did you plan something at the beginning of production that you didn’t get to do in the movie?”

Joss’ first reaction was some sarcastic joking. It was hilarious…

But here’s the more serious answer! 🙂

There’s always stuff you sort of either give up on, or just, you know, realize is ridiculous.  But I can’t really think of something we didn’t do.  There’s stuff we cut out. But, you know, the first cut of the movie was an hour longer than the one that’s in theaters.  Yeah.  I think it’s the length it ought to be. I’m very happy.  It’s, in fact, a minute shorter than the firstone which is a point of personal pride because as much as I wanted this to be bigger, I didn’t want it to be bloat.  I didn’t want us to seem like we were full of ourselves, like, oh, you love us.  Here’s three hours.  You’d like to pee?  Tough.

We talked about a few other fun things, but there are some spoilers…and I don’t want to spoil anything for you here! 😉 So you’ll just have to plan a trip to the theaters to see The Avengers: Age of Ultron on May 1st!!! 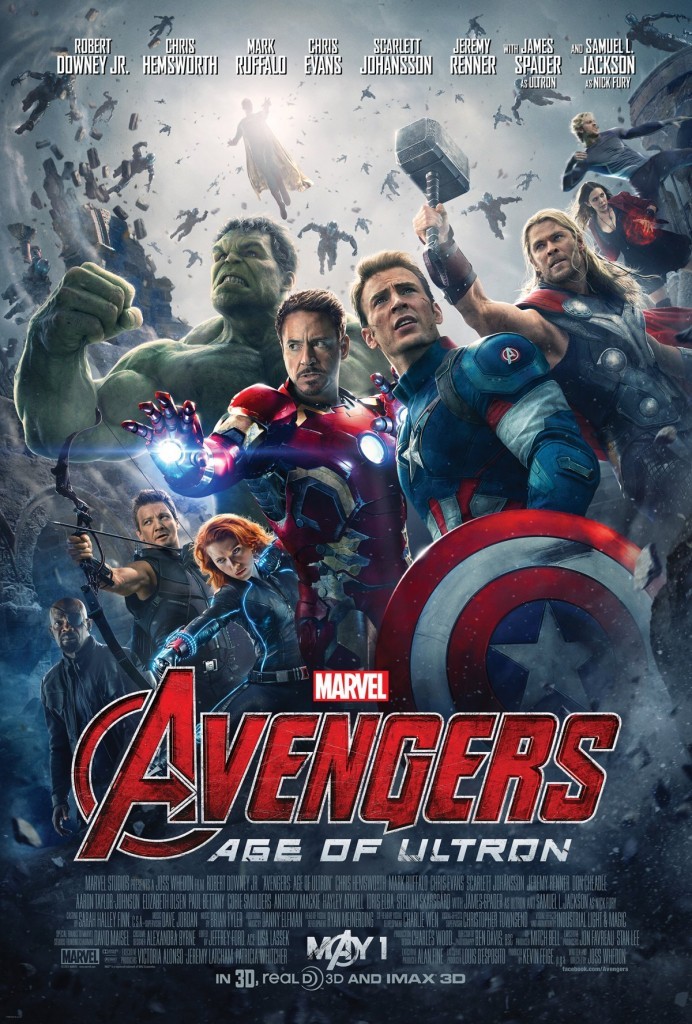 For more Avengers fun, be sure to check out all my other Age of Ultron interviews… 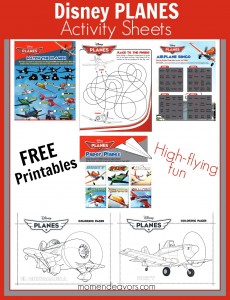 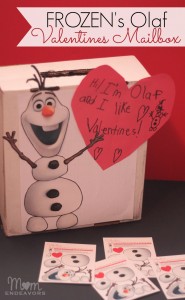 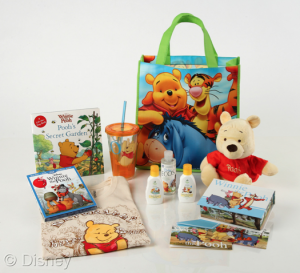 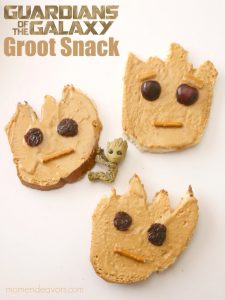