I kicked off my weekend in a totally crazy way with a completely new endeavor for me! My first ever 5k:  The Color Run!! And in Seattle no less. Kidding! But with all the crazy rain here, it seemed like we were anywhere but Phoenix (I’m sure the race organizers were just as shocked)!

I participated in the race with a whole group of other fun AZ bloggers, team: #AZColorBloggers! Notice how I say participated! 😉 We did not run the whole thing (not much at all actually). But, we did it. The whole 5k in the rain! Here is the crew before we started with (pay special attention to our crisp & clean appearance). 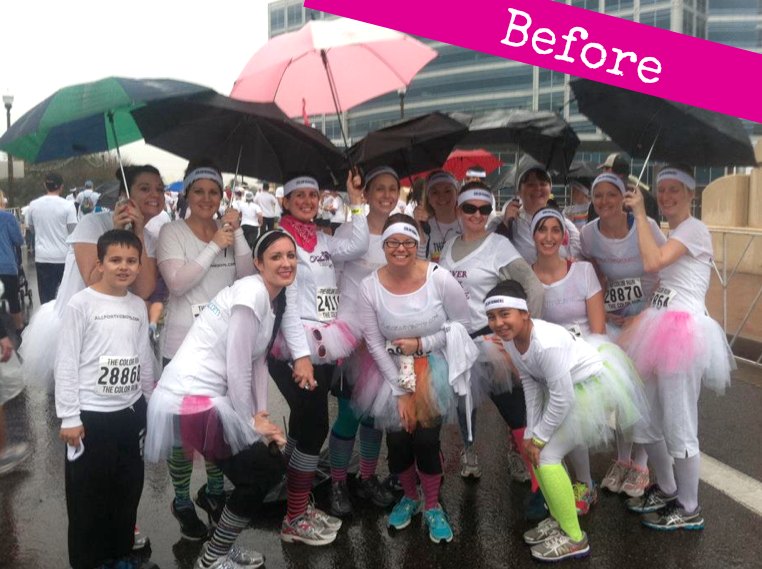 Jessi from Shuggilippo, Allison from All for the Boys, Heather from Brie Brie Blooms, Heather from Kustom Kissers, Karen from Desert Chica Ramblings, Becca from OurCrazyBoys, Jen from Life According to the Streets, Sara from Clever Pink Pirate, Me ;), Michelle from My Three Peas, and Courtney from Wilhem Fam! 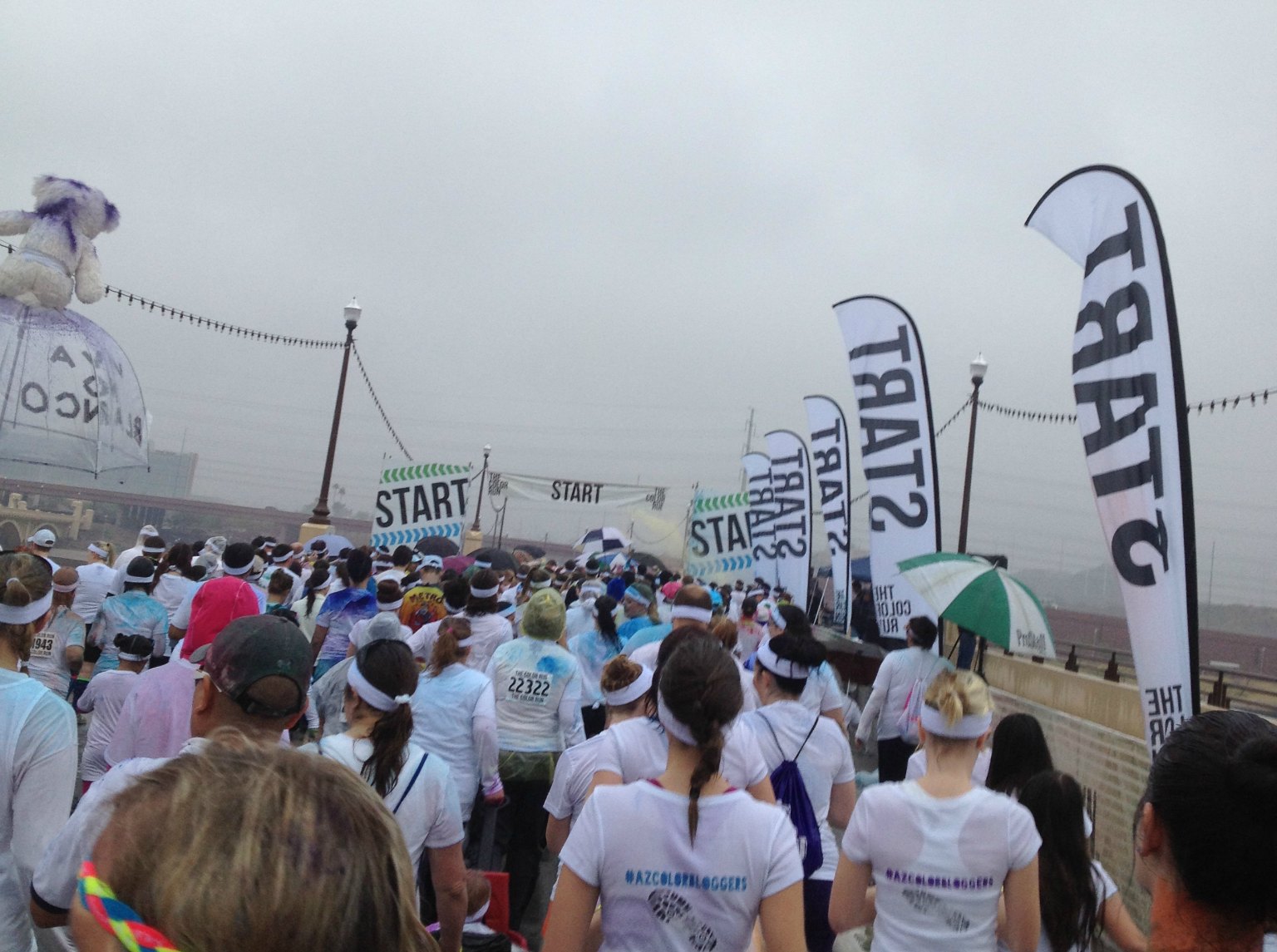 Look at that weather! Crazy! For those familiar with the area, we started things on the Mill Ave. bridge. And, normally, there would be a pretty view. Instead, fog & rain! Lots and lots of rain. We stood at the start with umbrellas, but a bunch of us just ended up tossing them to the side, fully embracing the wet! And have a “full” experience we did! 😉 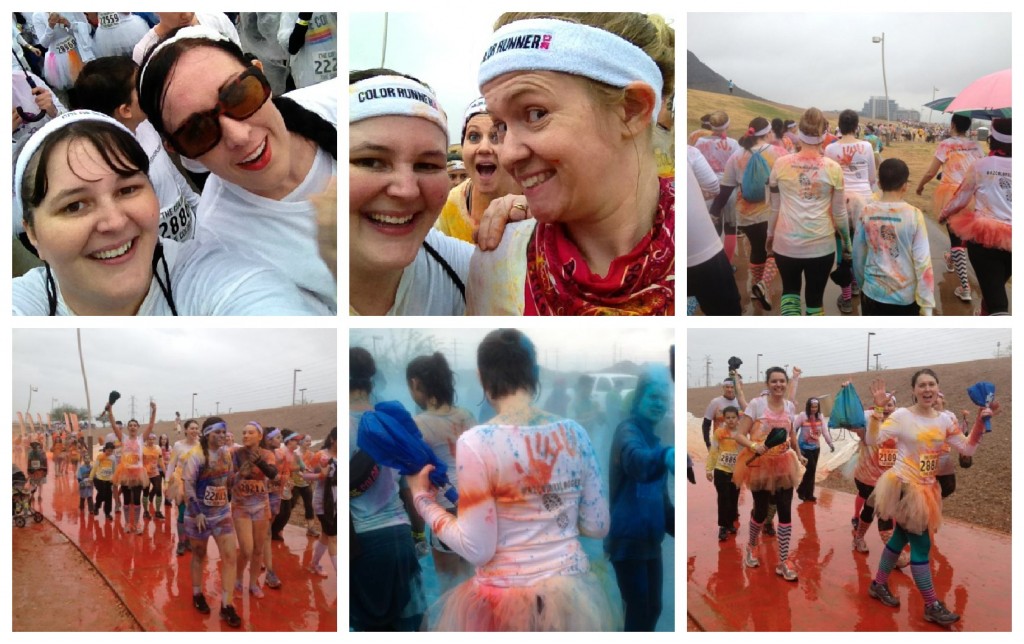 Throughout the course, there were four color stations: pink (which looked more like red), yellow, orange and blue. They kept getting more and more intense. And, blue was insane! Not only were the color-throwing volunteers at that station a bit overzealous, but it has been raining so much that there was now a giant blue lake. My feet had stayed dry the WHOLE time, but alas, with less than 1 mile to go, we had to trudge through the Smurf swamp and mud (my toenail beds are still blue)! 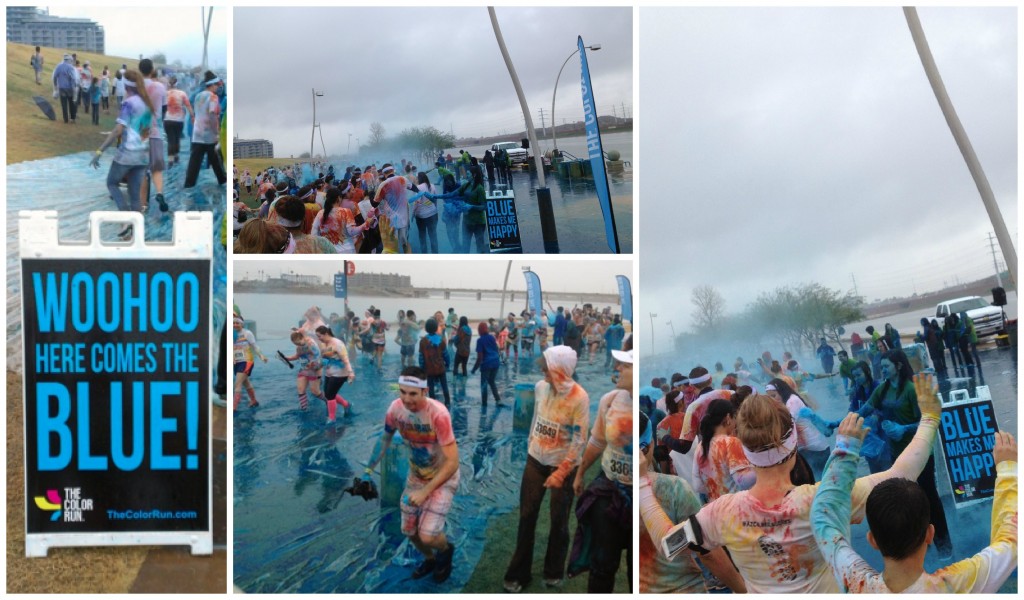 Once we finally came through the finish, we were quite a colorful mess!! Remember how clean we were to start? Well, here’s the after shot (with a few funny photo bombers too!): 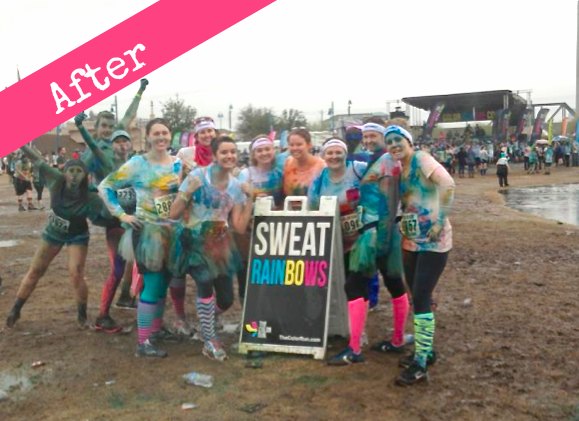 We were all a soggy, muddy, colorful mess!! Take a look at the lake forming behind us! And, the mud at the finish?! Wow! Such a mess! That stage behind us is the post-race party! Some people needed to take off, but a few of us stayed for the after-party to brave the rain some more and do one more fun color toss! With your registration they give you a color packet. And, from the stage, they were tossing them out. So, here’s our last color blast:

It was so great to do with friends! Sara from Clever Pink Pirate and I rode down to the race together (we took the light rail for part of the way). Here is one last before & after: 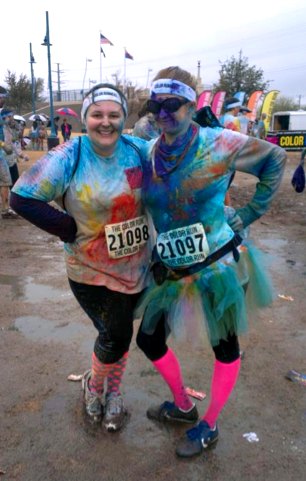 And, yes, we actually rode public transportation looking like that (no we didn’t sit down or get color anywhere)! By that point we were dripping wet, freezing and hungry. So, once back at the car, we changed out of our wet shirts & put our dry, official Color Run shirts on with jackets. And, we braved going to breakfast in public like that! People’s reactions were awesome. We expected just a lot of weird stares. But, the race had been all over the news, so people knew what was going on and were asking us questions and giving us compliments! 🙂

As long as you can walk, you can SO do one of these races. There were people there of all ages and fitness levels. I’m SO glad that we did it!! Some of us are already looking for our next fun 5k to do!

If you’re interested in participating in The Color Run, check out their event list to see if they’re coming to a city near you! And, if you’re going to be doing any of races involving color (I’ve learned there are quite a few different companies), stay tuned for a Color Run tips post soon! 😉

Disclosure: I did receive a complimentary race bib; however, all opinions & crazy, messy experiences are entirely my own! 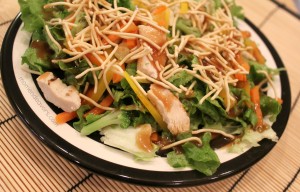 Make a restaurant quality salad in less than 5 minutes! #BYOL 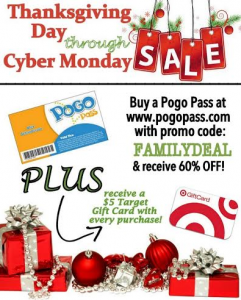 Staycations across the Nation 2013: Fun things to do in cities all over the United States!