All aboard the birthday express!!
Our little guys are 3 years and 1 day apart. Little Brother’s due date was Big Brother’s 3rd birthday. So, this was the first of what is likely to be many joint birthday parties to come!! We had some party ideas of our own, but with Big Brother turning 4, he was able to voice his opinion quite clearly…TRAIN PARTY! That was probably influenced by our “Day out with Thomas” event in March, but I liked it nonetheless. 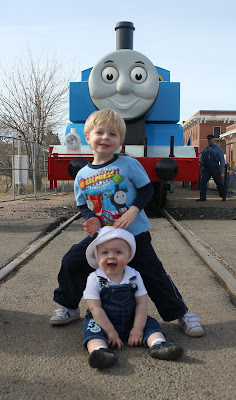 I thought it would be a cute theme for a joint party–being able to make use of the train cars to highlight each kiddo’s birthday.
We started everything off with the invitations… 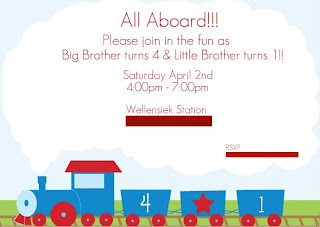 …and after much planning and creating (more on that in an upcoming post), birthday party day was finally here!
The train party playlist was ready & the boys were dressed in their homemade matching birthday shirts, of course! 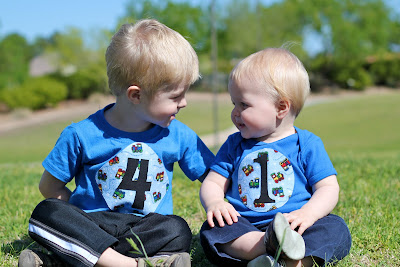 We stuck to mostly red, white, blues, and yellow for the colors. The house was decorated with balloons, flag banners (aka triangle buntings), railroad signs, and train tracks! 🙂 Here’s a post all about making the decorations! 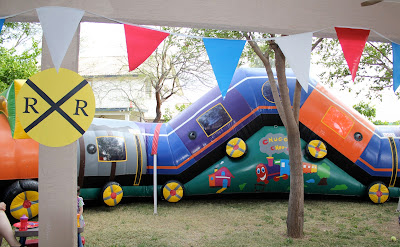 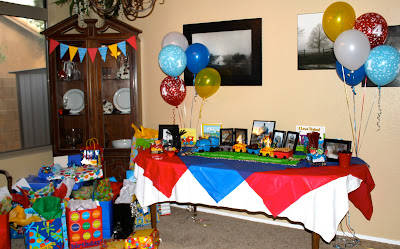 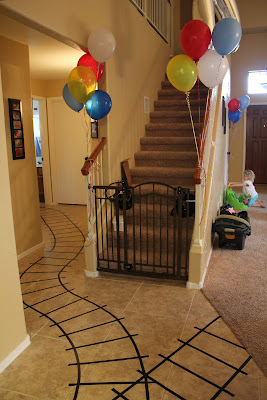 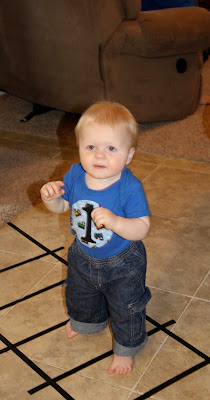 We had 3 tables set up inside the house–the food table, the favor table, and the dessert table. Sadly, we have no pictures of the food table, but the main menu features were “train cars” (sandwiches), “choo choo chicken” (chicken nuggets for the kiddos), and “train wheel salad” (a cold veggie pasta salad made with the wheel shaped pasta).
Here’s the favor table–the kiddos who wore them looked SO cute in their engineer hats! 🙂 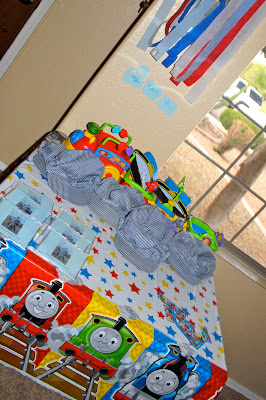 But, of the three, the crowd favorite was most definitely the dessert table!

No surprise there, right?! How can you go wrong with glasses filled with licorice, color-coordinated m&ms;, train lollipops, a little bucket a oreos (or coal), and a train cake?! In addition to all the fun sweets, the table was decorated with some of our favorite train books, a couple of train toys, and framed train-related pictures! 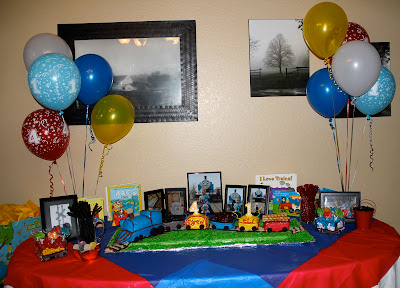 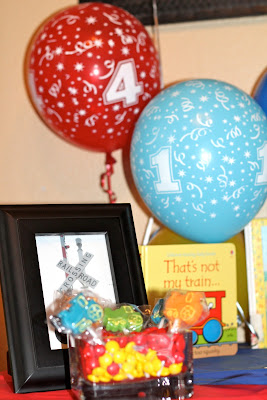 The cake was by far the biggest undertaking, so much so that it gets its own train cake post! I’m so pleased with the way it turned out! 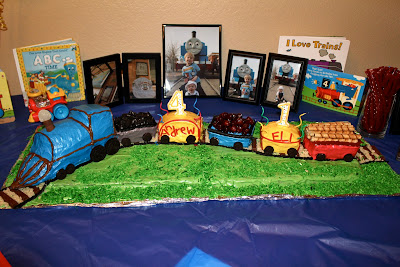 And, the most important thing was that Big Brother was thrilled and could hardly stand having to wait all day to have a piece! Little Brother enjoyed it too!  🙂 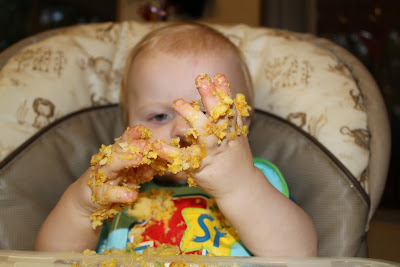 And, while the cake was a hit, the highlight of the night was the train bounce-house! We were SHOCKED at how big it was–it looked SO cool in the backyard! Needless to say, the kids had a BLAST playing in it! It was such a fun surprise for Big Brother and a definite crowd pleaser! 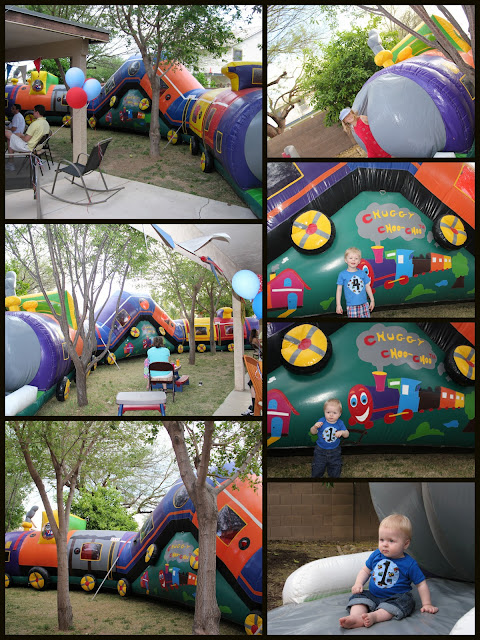 It was a great night!!
Thanks for sharing in our train party fun!
*Linked to some of these great sites and My Insanity’s Party Party!