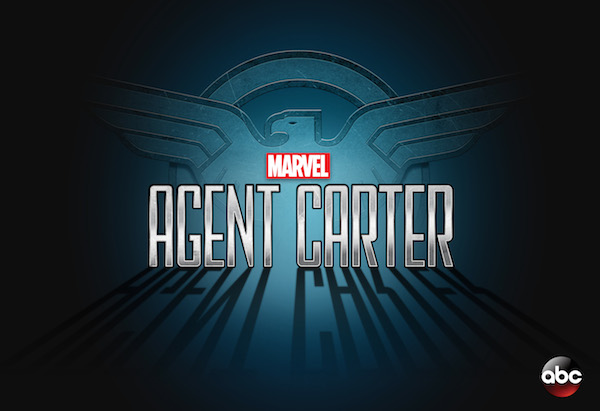 Are you a MARVEL fan?! If so, you’re in luck because Marvel’s Agent Carter is back with Season 2! NOT a Marvel fan (or new to the Marvel Universe)? You’re still in luck because Agent Carter really has a feel that is different from other shows and movies within the Marvel Universe!! Set in the 1940s, there’s a lot to love just in the costuming and sets! The stars of the show agree –

Hayley Atwell: I do feel that because it’s 1940s, we do exist in our own world, really. It feels unrelated. This show has its own tone, it’s very different from Agents of S.H.I.E.L.D., for example.

James D’Arcy – What’s great about this is you really don’t need to know anything else. We predate all the other stuff that comes along, with the exception of the first Captain America film, so you can watch it kind of in its own bubble. 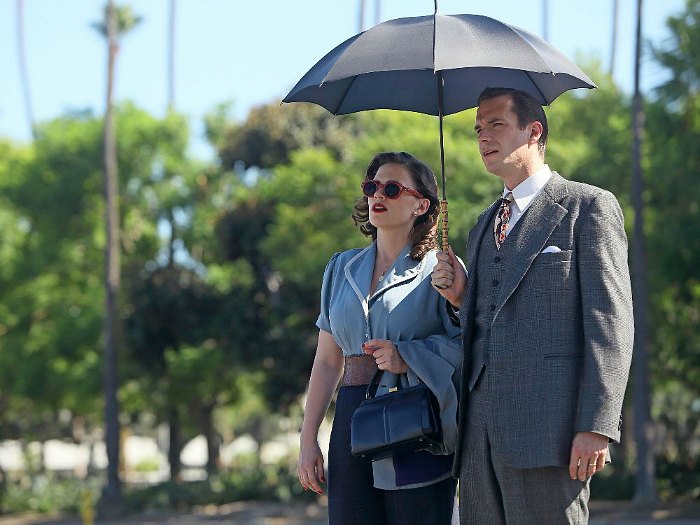 We got to sit down with the lead actors of the show – Miss Peggy Carter (Hayley Atwell) herself, as part of our #ABCTVEvent press trip in Los Angeles! Just like our MARVEL Agents of S.H.I.E.L.D set visit & interviews, we got a special look at what goes into the workings of the show! We had to “go dark” something like secret agents – no social media, no taking our own photos, no geo-tagging or sharing our location at all! But, I can confirm that we were in the LA area! 😉 And, coincidentally the whole setting for the show has moved to Los Angeles! Here’s the season 2 synopsis:

Marvel’s Agent Carter returns for a second season of adventure and intrigue, starring Hayley Atwell in the titular role of the unstoppable agent for the SSR (Strategic Scientific Reserve). Dedicated to the fight against new Atomic Age threats in the wake of World War II, Peggy must now journey from New York City to Los Angeles for her most dangerous assignment yet. But even as she discovers new friends, a new home – and perhaps even a new love – she’s about to find out that the bright lights of the post-war Hollywood mask a more sinister threat to everyone she is sworn to protect. 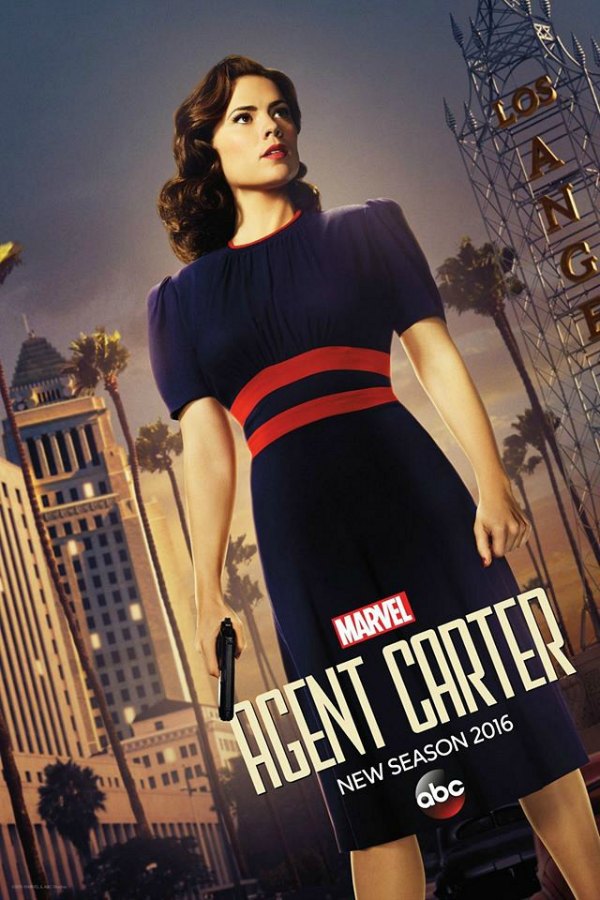 Here’s a few fun facts about this season we learned while on set and talking to Hayley and James: 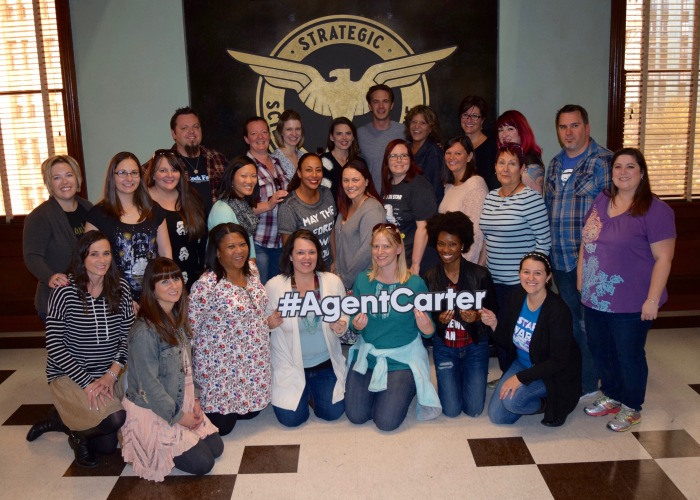 Stay tuned next week for more about our behind-the-scenes set visit. But, first, tune in to catch the 2-hour season premiere of Agent Carter Season 2 TONIGHT (Jan 19th) at 9/8c on ABC!!!!! You can also follow along with Marvel’s Agent Carter here:

Disclosure: Disney hosted me in LA in order to attend & participate in these group interviews & media events. As always, all opinions, experiences, and love of Disney are entirely my own! All photos above are courtesy of ABC/MARVEL!