Disney-Pixar’s Inside Out Review – A Must-See Family Movie 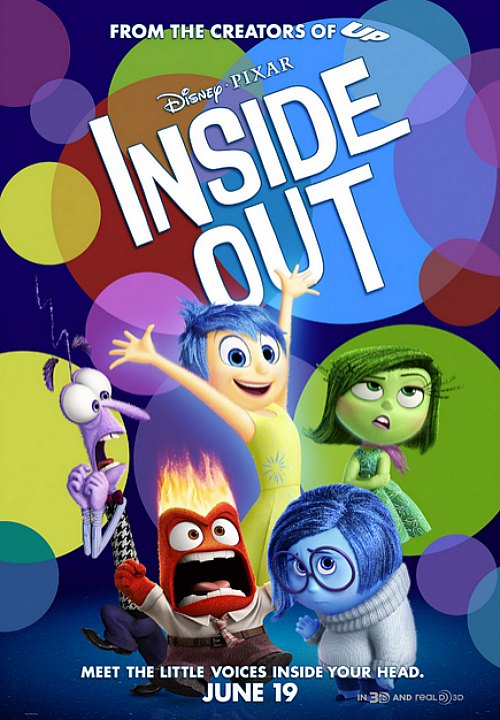 Disney-Pixar’s newest animated feature, Inside Out, is now out in theaters nationwide and this one is an absolute MUST-SEE film! I personally think this might be the best thing Disney-Pixar has done yet! So, if you’re on the fence about going or don’t think the movie looks very good at first glance, please read all the way through this review!!

Do you ever look at someone and wonder what is going on inside their head? Disney•Pixar’s original new film “Inside Out” ventures inside the mind to find out.

Based in Headquarters, the control center inside 11-year-old Riley’s mind, five Emotions are hard at work, led by lighthearted optimist Joy (voice of Amy Poehler), whose mission is to make sure Riley stays happy. Fear (voice of Bill Hader) heads up safety, Anger (voice of Lewis Black) ensures all is fair and Disgust (voice of Mindy Kaling) prevents Riley from getting poisoned—both physically and socially. Sadness (voice of Phyllis Smith) isn’t exactly sure what her role is, and frankly, neither is anyone else.

When Riley’s family relocates to a scary new city, the Emotions are on the job, eager to help guide her through the difficult transition. But when Joy and Sadness are inadvertently swept into the far reaches of Riley’s mind—taking some of her core memories with them—Fear, Anger and Disgust are left reluctantly in charge. Joy and Sadness must venture through unfamiliar places—Long Term Memory, Imagination Land, Abstract Thought and Dream Productions—in a desperate effort to get back to Headquarters, and Riley. 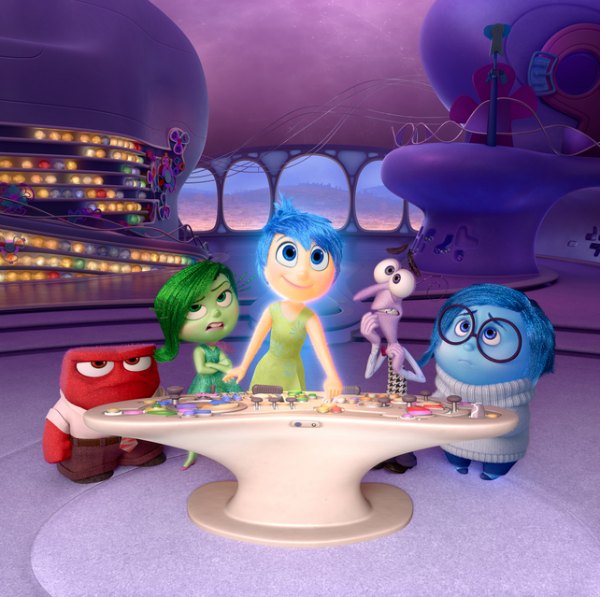 As someone with a degree in Psychology, I’ve been intrigued by this movie since I first heard it was coming out. About six months before the movie hit theaters, I actually had the pleasure to visit Pixar Studios for a sneak peek & interviews with director Pete Docter & producer Jonas Rivera. The experience of being at the studio was incredible, plus we learned some fun back-story on the movie (like that is was actually inspired by Docter’s own daughter) and got to see about 30 minutes of the movie. From that, I KNEW it was going to be good…but I didn’t understand just HOW good until getting to see the full show. I’ve now seen Inside Out in full twice (and at least some of the movie FOUR times)…so I can tell you with confidence that I think this is the most important, most meaningful piece of work that Disney-Pixar has produced so far! 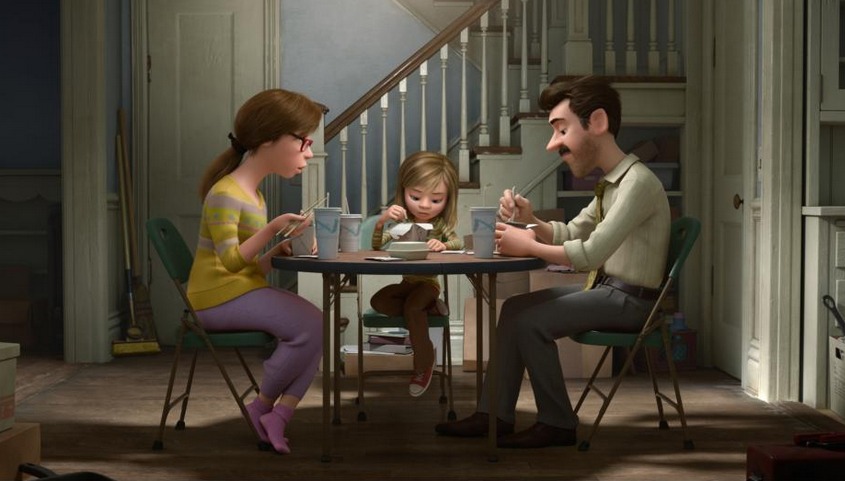 There’s no denying that growing up can be hard and confusing at times – especially during adolescence. And as a parent, watching your kids grow up is amazingly bittersweet. Not only did Disney-Pixar make a coming of age movie that beautifully encapsulates those themes, but they did it all while tackling a HUGELY complex concept of emotions & the brain. Emotions & feelings are such abstract concepts that Inside Out creators simplified in a spectacularly perfect way!

Psychologists, neurologists, etc were all consulted and hours of research went into making this film. The number of basic emotions identified differs depending on what study you read. However, just about all studies include joy, sadness, anger, fear, and disgust. As we know from personal experience and see in the movie, these emotions all play really important roles in our lives and our memories. 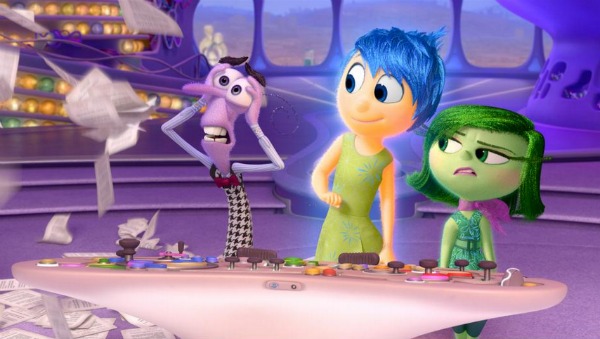 The metaphors and symbolism throughout the film are just absolutely brilliantly executed, as are the personified emotions. As Disney-Pixar does so well, everything has meaning including the emotions’ colors/shapes/sparkly aura (pay special attention to the symbolism in Joy’s colors), the shape of long term memory, and the “Pixar Easter Eggs” that we’ve come to expect! Yet, I think this film is different than anything that Pixar has done before. Most agree that just about everything from Disney-Pixar is visually stunning, entertaining, and usually makes you think/has some great deeper themes, but Inside Out goes way beyond pure movie entertainment and actually could be seen as almost therapeutic for some with downright powerful stuff as we get a peek into the mind. 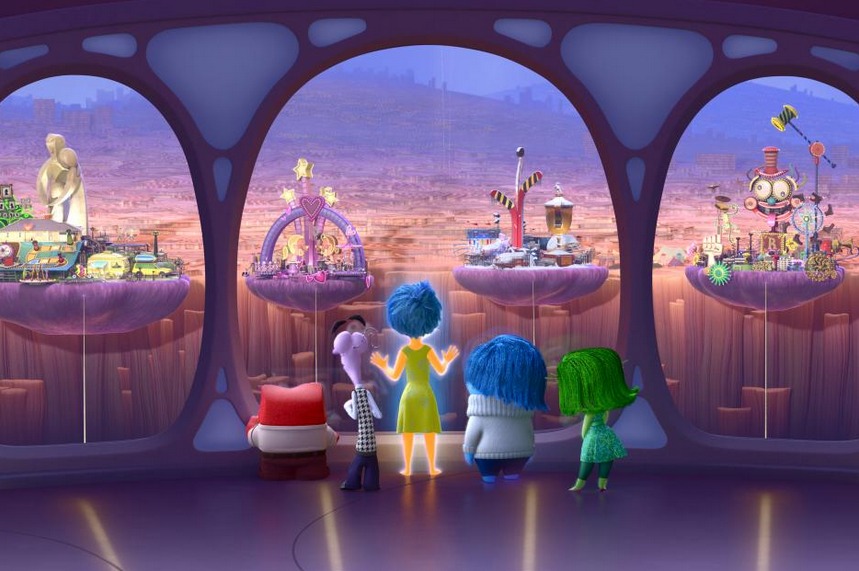 Disney-Pixar has painted a stunning visual picture to help explain what’s happening inside a person’s head – during childhood, adolescence, and as adults. In an imaginative, personified way (yet still somewhat scientifically accurate), we get to see how our emotional IQ shifts over those years and becomes more complex (pay special attention to the emotions in the parents’ heads and who is center at the control board). We get to see how all of our emotions are necessary helping power our personality. We get to see how depression alters “headquarters” and makes it hard to feel anything at all. And perhaps most importantly, we get to see that sadness is absolutely essential for empathy…and often even for pure joy. 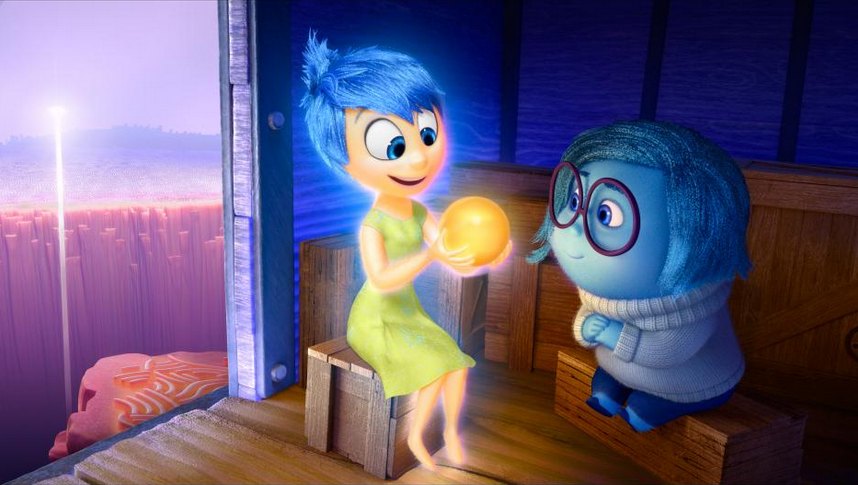 Whew…sounds deep! And it totally is. Yet it is SO fun – bright, colorful, a beautiful score, excellent voice cast, and humor throughout. Your kids will laugh at parts they don’t even fully understand, you’ll be cracking up, and then, you’ll be crying –especially if you are a parent. So, bring the tissues! I had completely composed myself and we sat through the whole credits, then at the very end was one last night that made me well up again: “This movie is dedicated to our children. Please don’t grow up. Ever.” GAH!

Is Inside Out ok for kids?

Absolutely! There is some mild peril that some of the 3 & 4 year olds in our group found a little scary. But, truly there is nothing overly dark & frightening (in fact there is no real villain) or inappropriate at all. This is a true family-friendly movie that I think ALL parents and kids NEED to see. But, with that said, I don’t think this is a true “kid’s movie” at all…

This movie is absolutely made for tweens, teens, and adults. Kids younger than somewhere in the 10-12 age group are NOT going to understand a lot of the movie, because developmentally they just aren’t there yet. Their minds are like that of the little childhood Riley we see in the movie. And, since they haven’t experienced (or aren’t currently experiencing) that complex shift in their emotional development & haven’t yet developed abstract thought, they don’t have the context to really understand what’s going on in the movie like teens and adults will.

My boys are 8, 5, and almost 3. They’ve all seen it 2.5 times now and they all loved it. But, you can tell that it was slower for the two little ones. And, I could see how my 8 year old was trying to make sense of it all in a much different way than our 5 year old, yet he still didn’t get it. There’s one scene at the end of the movie where we get a peek inside a young teenage boy’s mind after bumping into Riley – it’s mass chaos inside his head with his emotions just running around screaming “girl”, as the loud alarm bells go off. We were all laughing, but afterward, he asked me “why”. “Why were that boy’s emotions scared and screaming ‘girl'”? Oh dear. And, that’s what makes this movie an absolutely beautiful emotional roller-coaster, especially as a parent! 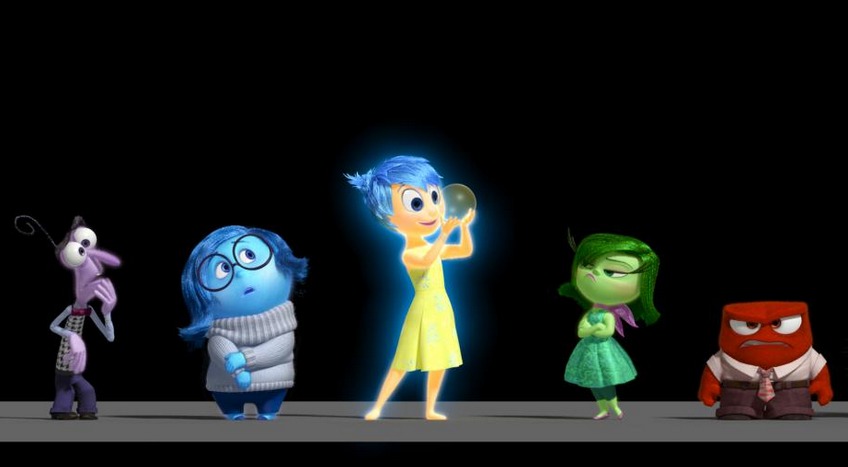 Inside Out movie-watching tips…

1. You MUST get there early so you have time to see the animated-short, LAVA, at the beginning. It is my favorite Pixar short yet – beautiful story, beautiful music, beautiful Hawaiian imagery. I ‘lava’ it!! 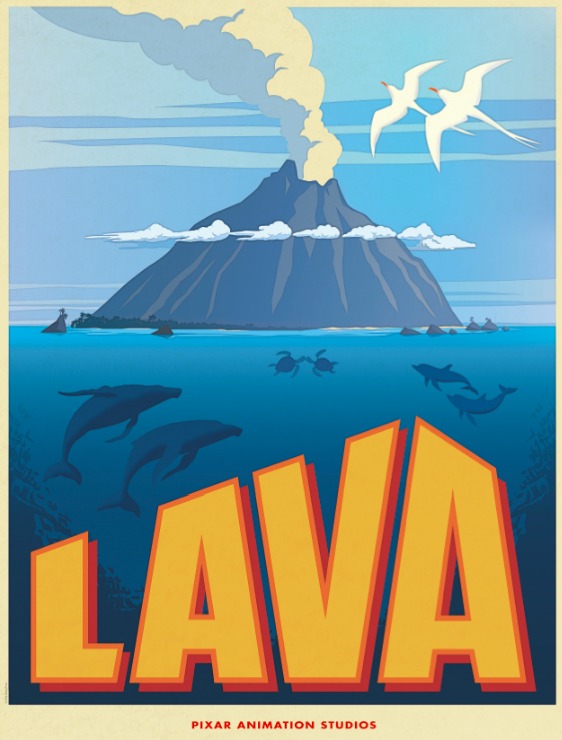 2. Stay through the start of the credits – you get a quick peek into quite a few different minds and it’s absolutely hilarious!!!

3. Look for Pixar Easter Eggs! Here’s some we spotted (after seeing this 2.5 times):

Do you plan to see Inside Out? Have you seen it already? What did you think? Let us know in the comments below!

Disclosure: I was invited by Disney-Pixar to see early complimentary screenings of this movie for the purposes of review. However, we liked it so much we’ve spent our own money to go see it again as well! 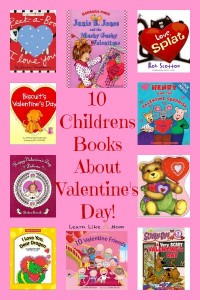 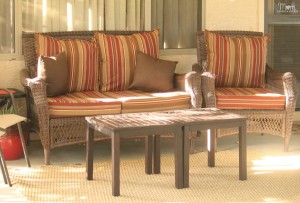